Dubbed Young, Famous and African, the show will bring to viewers the details of the lives and accomplishments of some celebs of which Nadia Nakai is one.

The “Yass Bitch” rapper is so excited about her inclusion innthebrealitynseriesnthatbshe took to social media to inform her fans of the news, describing it as a global first. She gave no fate when the series will start streaming but asked fans to look forward to it.

She’s not the only one excited about this new milestone, though. Fans and celebs alike were in the comments to show their excitement and support. Where Lootlove was content with a “let’s go,” DJ Speedsta dropped a couple of the flame emoji. 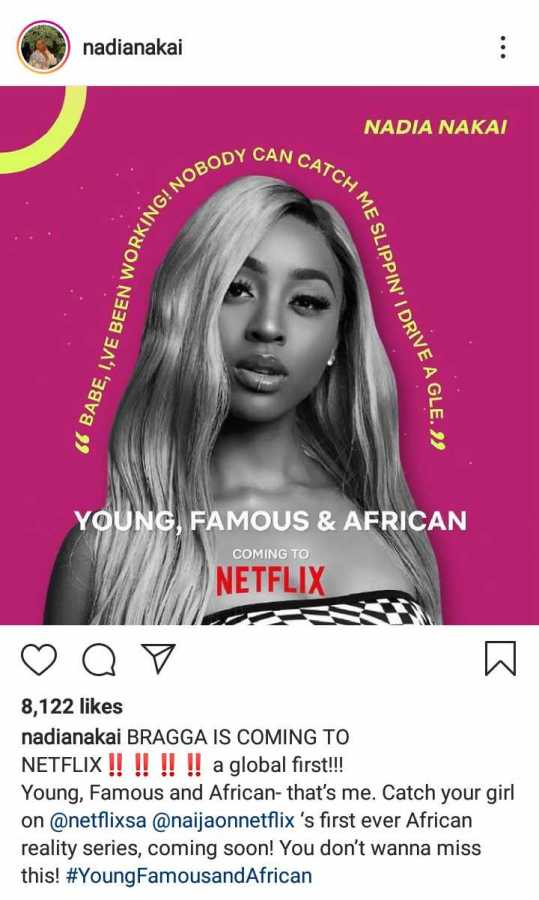 By the way, Nadia Nakai once claimed that hip hop is the most problematic genre in South Africa. Her words subtly affirms the verdict of her boss at Family Tree, Cassper Nyovest, who’s currently exploring the world of amapiano.

What do you think of Nadia Nakai joining Netflix’s first African reality series? You’re welcome to join the conversation by dropping your thoughts in the comment section below.