This is South Africa… Level one is here and Nasty C is back outside and glad to be, promoting his latest project, “Zulu Man With Some Power” album. That body of work shot to the top of the trends back home in South Africa, ultimately occupying the number one spot as the most streamed album on Audiomack.

Taking to Instagram yesterday 7 October 2020, the songster announced Zulu Man With Some Power Album Tour. The tour is meant to promote his album of the same title. The hip hop champ won’t be touring alone, though. He has never really toured alone, has he?

Nasty C will be leading an army of other musos, including Audiomarc, Lucasraps, Dr Pepper, Spontaneous, Mac Shawty,TMO, Kyotic and Pasca. he did not indicate if he might add more artistes to the lineup 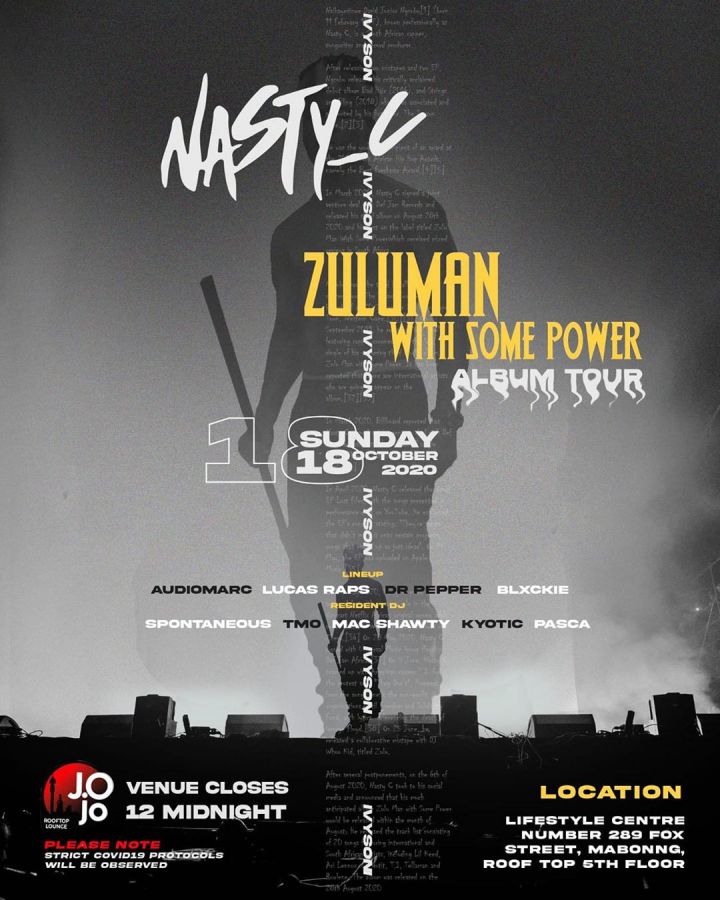 By the way, on one of his previous tours, nasty C had reached out to his rival A-Reece, asking him to join him. Although A-Reece initially agreed, he failed to show up. Nasty C had moved on, he would give A-Reece the finger much later.

Tags
Audiomarc Blxchie Lucasraps Nasty C
John Israel A8 October 2020
Back to top button
Close
We use cookies on our website to give you the most relevant experience by remembering your preferences and repeat visits. By clicking “Accept All”, you consent to the use of ALL the cookies. However, you may visit "Cookie Settings" to provide a controlled consent.
Cookie SettingsAccept All
Manage Privacy