Nasty C has backed out of his claim he can outrap American rapper Eminem.

In a recent Instagram story, the songster had indicated that the American’s music wasn’t relatable although they might be great on the whole.

The statement sparked a great debate online. But Em would not be dragged into it.Nasty C’s story gained so much traction that the songster had to clarify things, in another Instagram story.

In the story, the “Zulu Man With Some Power” indicated he was mere joking and did not mean challenge’s Em’s merit and put himself in the same league as the “Killshot” hitmaker. He implored Em to laugh off the video in which he had claimed superiority to him (Em). You can check out his story below. 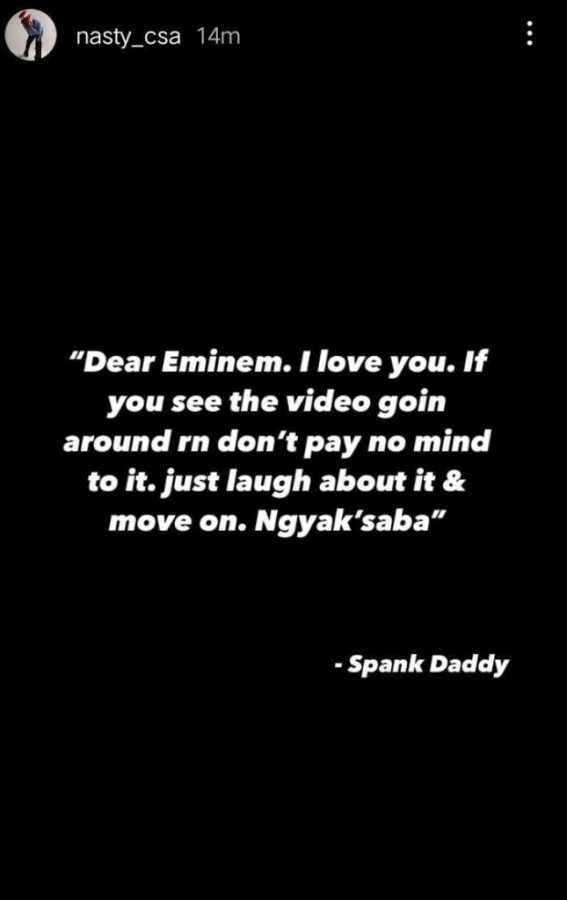 By the way, Nasty C is doing great as an artiste. In fact, at this point in his career, he is justly recognized as one of the notable voices in South African music. He jokes around now and then. And this appears to be one of his jocund moments, albeit a controversial one.

What do you think of Nasty C retracting his statement on Eminem? You may want to join the conversation by dropping your thoughts in the comment section below

Tags
Eminem Nasty C
John Israel A Send an email 24 March 2021
Back to top button
Close
We use cookies on our website to give you the most relevant experience by remembering your preferences and repeat visits. By clicking “Accept All”, you consent to the use of ALL the cookies. However, you may visit "Cookie Settings" to provide a controlled consent.
Cookie SettingsAccept All
Manage Privacy