Nasty C announces that he has joined the Huawei family.

While everyone else is trying to figure themselves out during the lockdown, Nasty C seems to be counting blessings. The Mzansi star is just blessed and we can’t deny it.

With a massive fanbase ready to go with him to hell and back, Nasty is standing tall in every ramification. The talented rapper recently took to his Instagram page to announce that he’s joined the Huawei family. That’s yet another big news from the “SMA” hit maker. 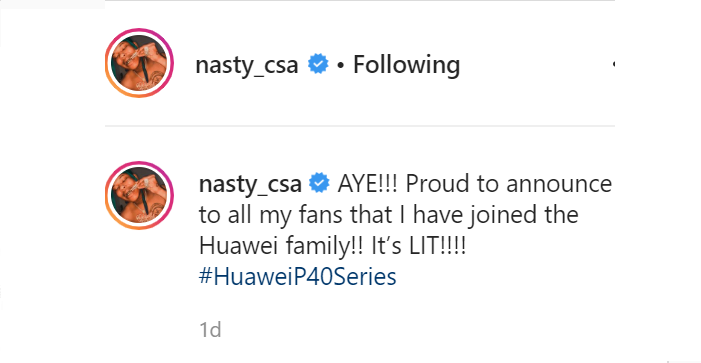 We are still waiting on the forthcoming release of his album “Zulu Man With Some Power”. He previously dropped the album’s first single which has now been certified Gold. He’s also announced a second single “Eazy” which is still without a release date.

Nasty had cameos in the new Netflix original series, Blood & Water which premiered on 20 May, and also dropped a soundtrack with Rowlene for it.