Nasty C believes he can successfully go against Drake in a Verzuz battle.

One of the biggest Live shows on social media right now is the Verzuz battle. Every artist that has appeared on it has told good tales involving a boost in their followers and a spike in their music streams and sales.

But it’s mostly about having fun, and proving who’s best for some. However, a lot of us are wondering who can go against Canadian rapper, Drake in a Verzuz battle.

A recent tweet by Trey asked the question and Nasty C replied suggesting himself. Everyone knows his discography doesn’t match, so may be he means in terms of a rap battle.

After many people tried to discourage him about it, he shared another tweet hyping himself and dragging his naysayers at the same time. We all know Nasty achieves everything he puts his mind to, so this may be one of them. 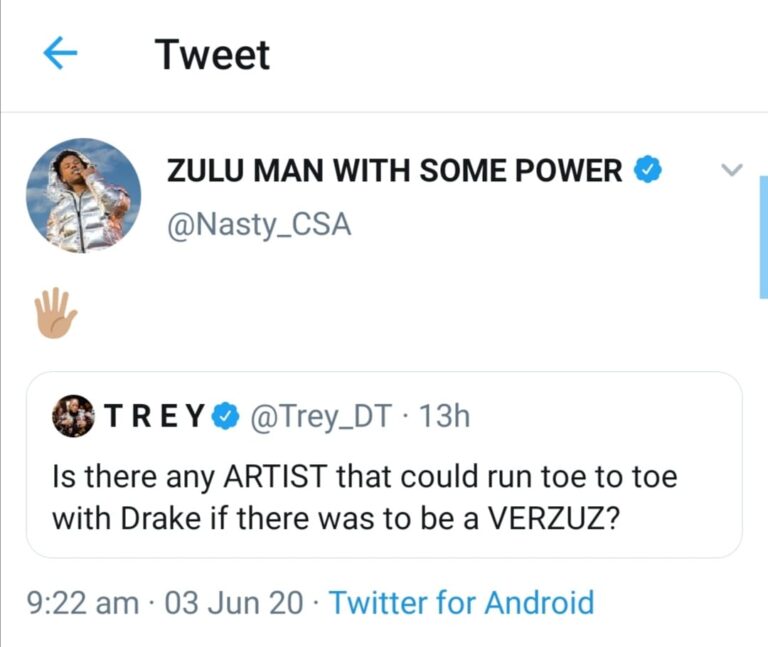 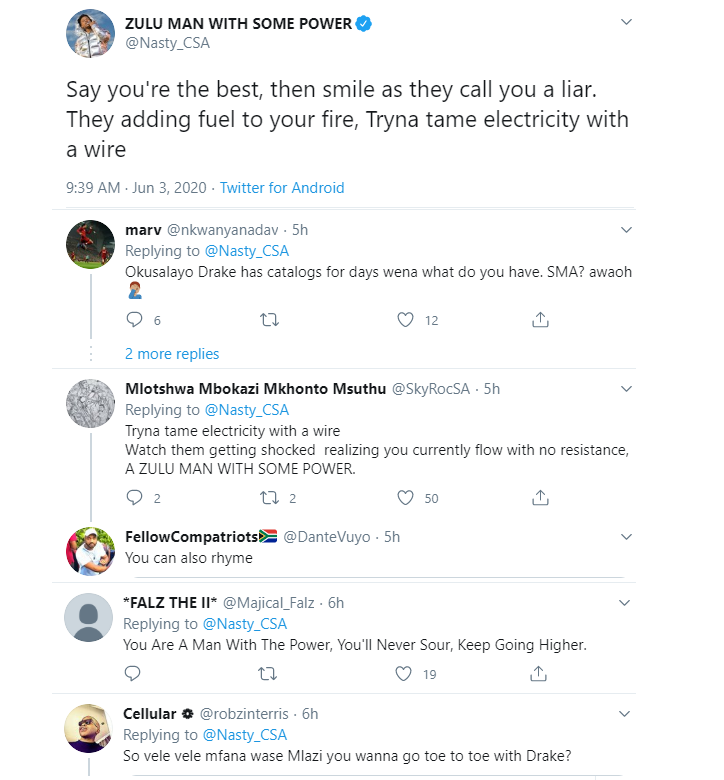 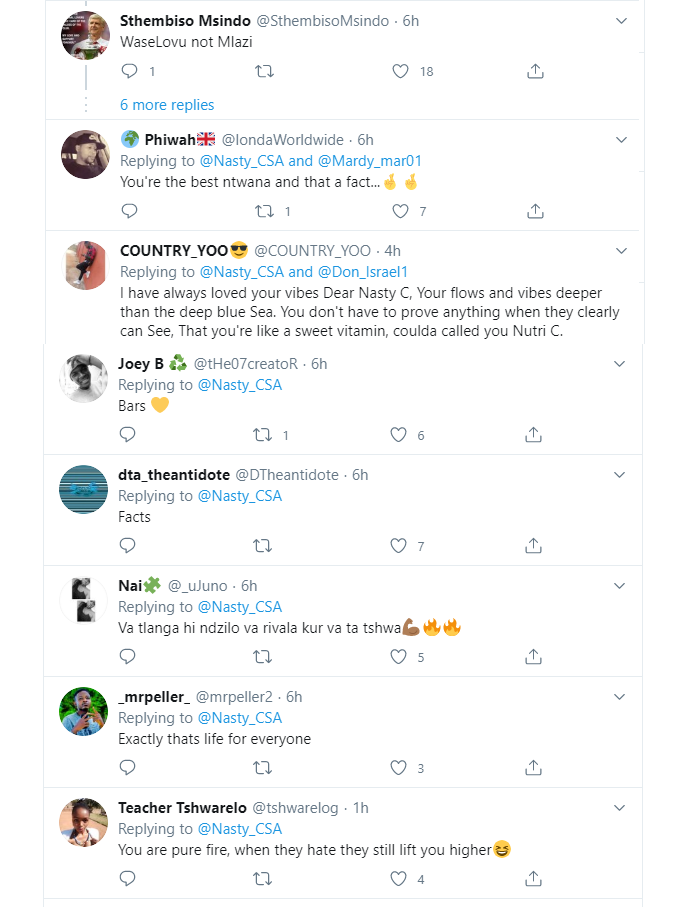 Tags
Drake Nasty C
John Jabulani Send an email 3 June 2020
Back to top button
Close
We use cookies on our website to give you the most relevant experience by remembering your preferences and repeat visits. By clicking “Accept All”, you consent to the use of ALL the cookies. However, you may visit "Cookie Settings" to provide a controlled consent.
Cookie SettingsAccept All
Manage Privacy