The “Zulu Man With Some Power” Nasty C has just turned 24 and his fans cannot keep calm. They are currently trending the hashtag #NastyC24 in celebration of their music hero.

One particular fan was so excited about the songster turning 24 that she disclosed he is her favourite rapper of all time and wished him many more years of great rap. 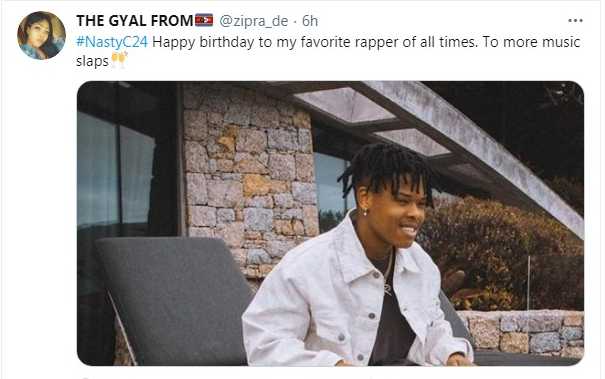 For one who is only 24, Nasty C has done much for the culture. A year ago he had released his intensely anticipated “Zulu Man With Some Power” album which was instrumental to him visiting Japan and making a documentary for Netflix – a record for a South African hip hop artiste.

That same year, he had also released his “Zulu Mixtape” with DJ Whoo Kid, amplifying his voice as one of the notable artistes from the Rainbow Nation and cementing his pedestal as an artiste worth hearing.

He has not been as productive this year, but that’s by the way. They year is still fairly young and there’s no telling what he will do before the year tapers off.

Got some kind words to share with the songster? You’re welcome to drop them in the comment section below. Way to go!

Tags
Nasty C
John Israel A Send an email 11 February 2021
Back to top button
Close
We use cookies on our website to give you the most relevant experience by remembering your preferences and repeat visits. By clicking “Accept All”, you consent to the use of ALL the cookies. However, you may visit "Cookie Settings" to provide a controlled consent.
Cookie SettingsAccept All
Manage Privacy