This morning, social media users woke up to get a surprise as former Skeem Saam actress Natasha Thahane posted a picture that shows that she has been heavily pregnant. And Lorch standing as the last recognized boyfriend of the standout actress, social media is alleging that he could be the dad of the unborn baby.

The Instagram post arrived as a stunner for her followers since she publicly denounced social media a few months ago. Natasha went silent since the news of a controversial 1 million rand bursary, which she secured from the ANC government went public.

Is she really pregnant?. Natasha’s latest post was in December last year, 2021, then her body was normal without any sign of pregnancy. 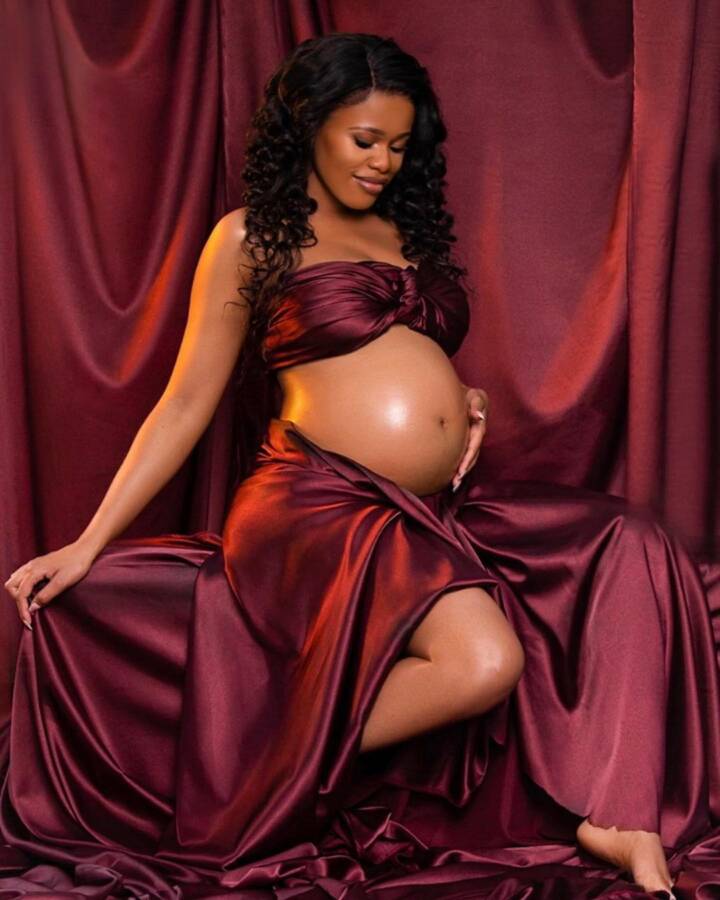 To the surprise of many, a few months after her previously shared snaps; she is heavily pregnant. Social media detectives believe she is about 6-8 months expectant. This has forced many of her fans to doubt if she is really pregnant. Some think she might be posing for a movie shoot and decided to start a conversation on the internet with a fake pregnancy post which looks perfect by the say.

The said picture was captioned with a crown without mentioning who the father is, how old the unborn baby is or whether the pregnancy is real or fake. Is Thembinkosi Lorch the father? Many speculate since he is the last man linked to Natasha Thahane in terms of a relationship. The two once took over social media with cryptic snaps of their romantic holiday in Tanzania but later came out to deny relationship rumour.

Thembinkosi Lorch is a South African skilled soccer player who plays as a forward for South African Orlando Pirates and the country’s national team. However, the football player has not mentioned anything concerning the news.

Tags
Natasha Thahane Thembinkosi Lorch
Thato Siyabonga Send an email 8 March 2022
Back to top button
Close
We use cookies on our website to give you the most relevant experience by remembering your preferences and repeat visits. By clicking “Accept All”, you consent to the use of ALL the cookies. However, you may visit "Cookie Settings" to provide a controlled consent.
Cookie SettingsAccept All
Manage Privacy