Mzansi lovebirds Natasha Thahane and Thembinkosi Lorch have dismissed rumours that they have broken up with each other.

Yesterday social media sleuths had done a little digging and apparently discovered that the actress and her footballer lover were no longer following each other. They had also taken down pictures of each other and pictures of them together, on Instagram.

In a post to Instagram, Lorch, who’s one of the key players at Orlando Pirates, had shared a picture of Natasha Thahane at the wheels. For cation, he had written, “Driver for today.” 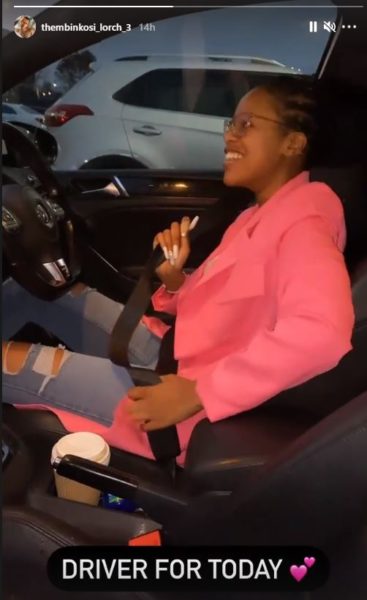 The message was clear enough. Natasha Thahane couldn’t be his “driver for today” if they had broken up. So they’re probably still together and social media denizens would have to bury the idea of a breakup ― at least for now.

Responding to Lorch’s Instagram post, some social media users had joked that now they would have to mind their water and leave Natasha and Lorch alone.

Tags
Natasha Thahane Thembinkosi Lorch
John Israel A Send an email 11 August 2021
Back to top button
Close
We use cookies on our website to give you the most relevant experience by remembering your preferences and repeat visits. By clicking “Accept All”, you consent to the use of ALL the cookies. However, you may visit "Cookie Settings" to provide a controlled consent.
Cookie SettingsAccept All
Manage Privacy