For some people, alcohol is like a step, a ladder for getting high and feeling good about themselves. Celebrated rapper Nicki was on that ladder once upon a time. No more.

In a recent tweet, she had given some clues about her struggles with alcohol, noting that, previously, she used to feel happy when she was high. But she feels happy that she’s sober.

Aware her tweet might generate controversy, she had clarified that she wasn’t judging anyone. She ended up encouraging people to be gentle with themselves. 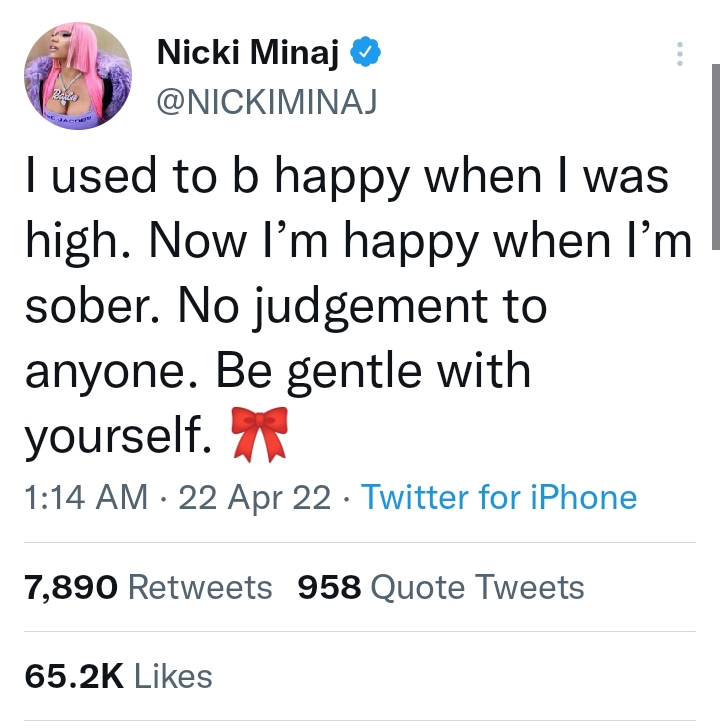 She’s navigating new lifestyle choices, but some genetic factors might give people the wrong hints that she’s still in the old boat. She touched on this in a follow-up tweet.

About her eyes, which might give the impression that she’s drunk, she noted that she was born in the Caribbean and her eyes naturally look the way they look. But people think she’s high when she’s not wearing makeup. You can check out the tweet below. 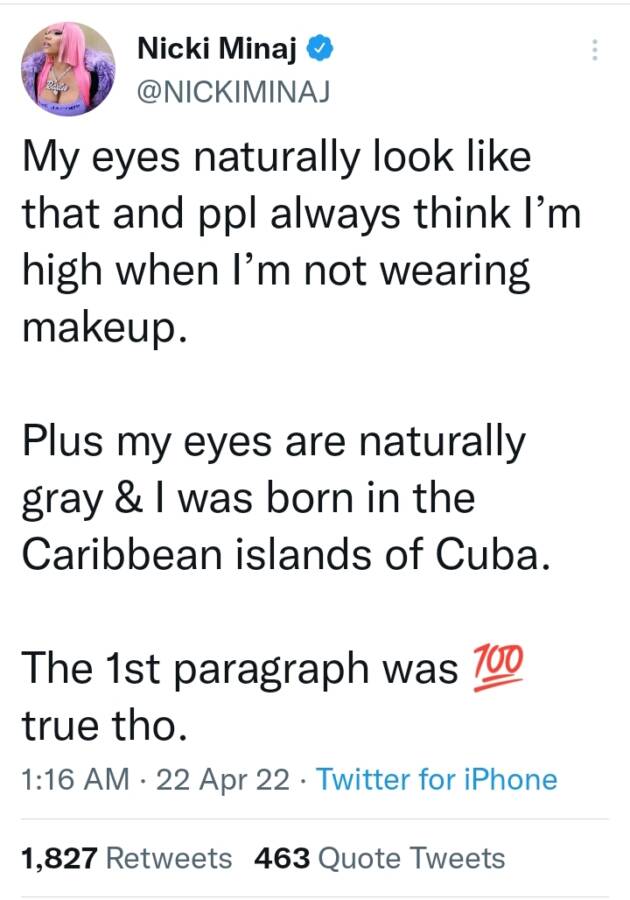 It’s been a remarkable transformation journey for Nicki Minaj since she had her first child, Papa.

Last year, in a since-deleted memorial post, she had reflected on how far she had come, her encounter with cops, and how at some point she feared she would be deported from the states.

Tags
Nicki Minaj USA
John Israel A Send an email 23 April 2022
Back to top button
Close
We use cookies on our website to give you the most relevant experience by remembering your preferences and repeat visits. By clicking “Accept All”, you consent to the use of ALL the cookies. However, you may visit "Cookie Settings" to provide a controlled consent.
Cookie SettingsAccept All
Manage Privacy