Kobe Bryant might be dead, but his legacy lives, and his wife Vanessa is pushing that legacy into a place in the sun. So wherever he is right now, he should be happy at his wife’s initiative.

Just recently, Vanessa announced that she and Nike had reached an agreement to continue the sneaker production deal her husband had initiated before his death.

Kobe Bryant had a sneaker deal with Nike before his unfortunate passing. His death provoked unprecedented interest in the sneakers, and they sold out for insane amounts of money.

Soon after, though, Nike and Bryant’s estate couldn’t reach an agreement. Well, that’s in the past now. Both parties have reached an agreement that they’re both comfortable with, and the production of the sneakers will continue, with a new addition. 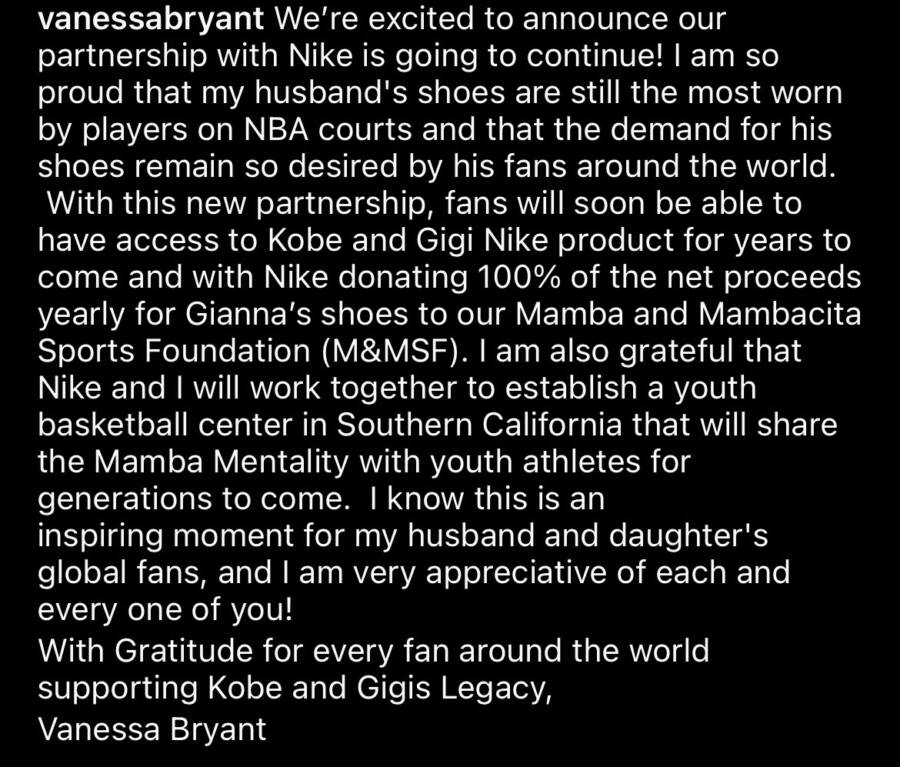 Gigi sneakers – dedicated to Kobe’s daughter Gianna, who perished with him in the crash – will be produced as well, with profits from the sales going to the Mamba and Mambacita Sports Foundation, which is dedicated to young women who want to delve into the world of sports.

Vanessa Bryant confirmed the partnership in posts to social media. She also noted how proud she is that her late husband’s shoes are the most won on NBA courts.

Tags
Kobe Bryant NIKE USA Vanessa Bryant
John Israel A Send an email 25 March 2022
Back to top button
Close
We use cookies on our website to give you the most relevant experience by remembering your preferences and repeat visits. By clicking “Accept All”, you consent to the use of ALL the cookies. However, you may visit "Cookie Settings" to provide a controlled consent.
Cookie SettingsAccept All
Manage Privacy