Apparently Nomcebo’s debut album “Xola Moya Wam” is about to reach gold, and the songstress is excited about the prospect. Reaching gold would make her the first South African female artiste to achieve the milestone on digital platforms.

The “Jerusalema” songstress broke the news to her fans in a tweet yesterday 17 January. In the tweet, she had noted that she stands a chance of being the first South African woman to reach gold on digital platforms.

She implored her fans to keep streaming her album to make her achieve her gold dreams. She had pushed very hard, now she stands close to a career milestone. You can check out her post below. 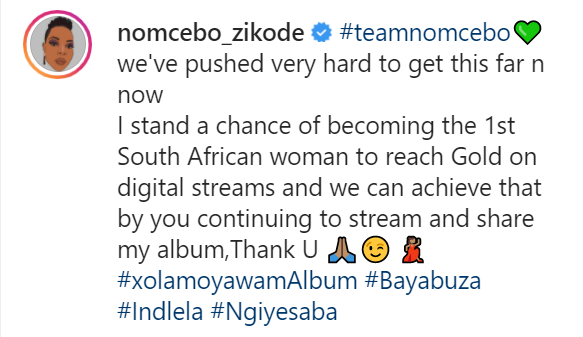 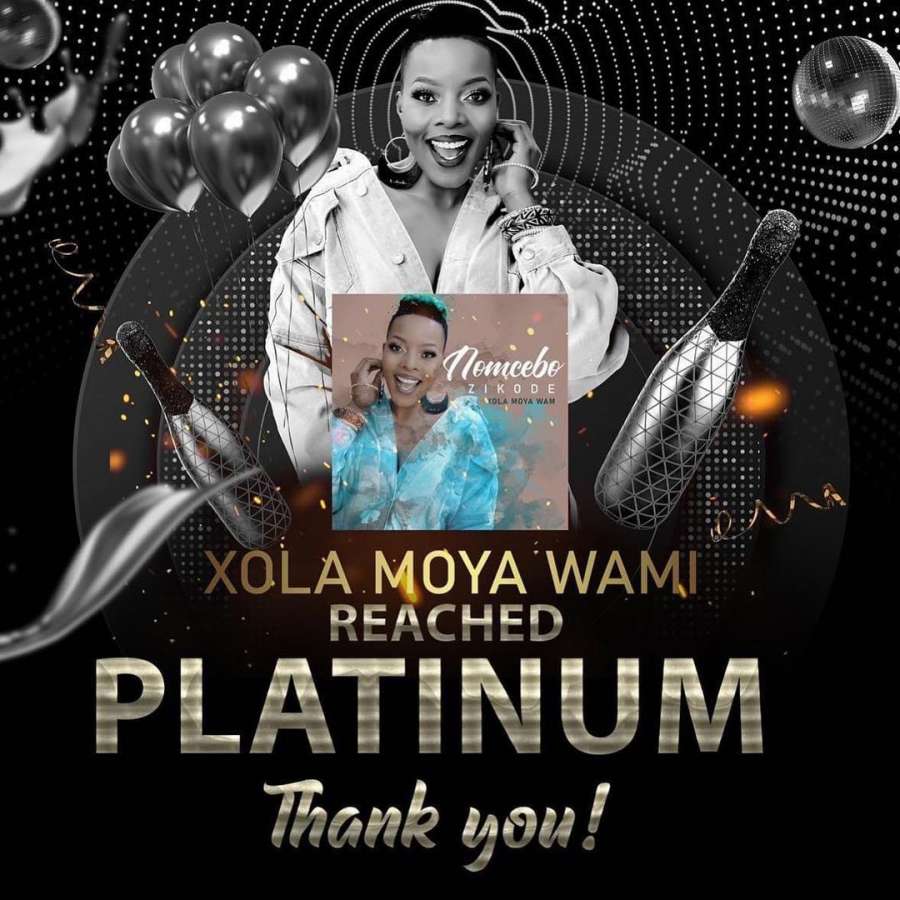 Nomcebo had a superlative 2020, thanks to her “Jerusalema” song with Master KG and to the charms of her album mentioned earlier. The body of work had trended at the time of release, confirming the singer’s place as one of the interesting voices in South African music.

By the way, Nomcebo recently had a sit-down with the ivorian retired footballer Didier Drogba. She had shared pictures of them together but some of her fans had a hard time believing she actually met the football star.