“Imali Eningi” is one of the biggest songs in South Africa right now, if not the biggest. The song had popped at the top of the charts after Duduzane, the son of former South African president Jacob Zuma, vibed with the song.

Given the success of “Imali Eningi,” some fans think it should be remixed, and others think it shouldn’t because in South African hip hop, remixes very rarely do better than the original tracks.

Rashid Kay, who has a long history of working with Big Zulu, is one of those who thinks “Imali Eningi” is better off as it is – without a remix.

Controversial hip hop personality Nota Baloyi thinks, however, that Rashid Kay’s advice is terrible. He said Rashid Kay has never had a hit and he wouldn’t take anything the songster says seriously. 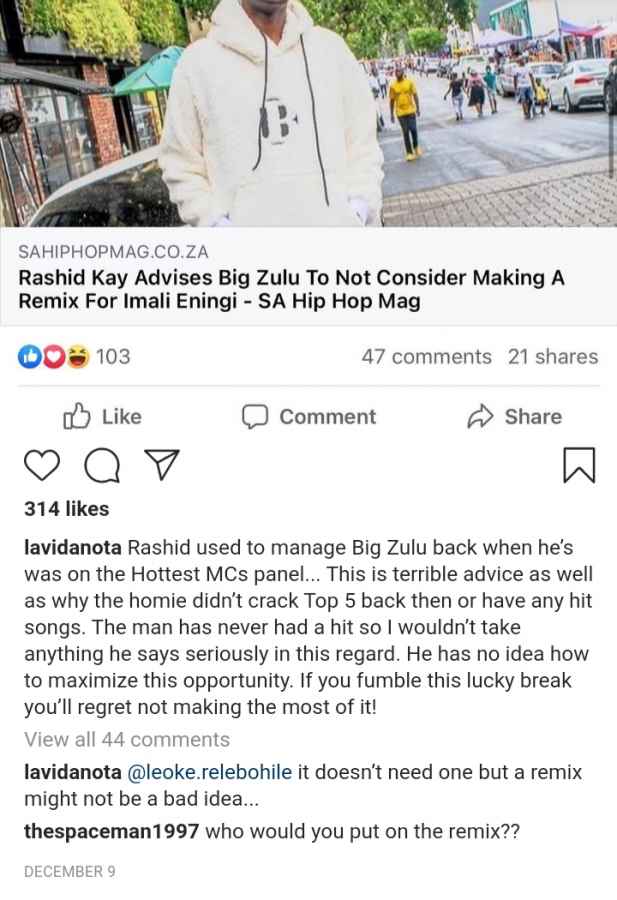 Tags
Nota
John Israel A18 December 2020
Back to top button
Close
We use cookies on our website to give you the most relevant experience by remembering your preferences and repeat visits. By clicking “Accept All”, you consent to the use of ALL the cookies. However, you may visit "Cookie Settings" to provide a controlled consent.
Cookie SettingsAccept All
Manage Privacy