We dont know if you have followed the drama surrounding Mzansi hit maker, Prince Kaybee this week? In case you didn’t, the “Fetch Your Life” was exposed on social media for cheating on his girlfriend, Zola Zeelovin for years.

At first, he tried to deny the allegations, but ended up coming clean after the lady, Eurica shared more evidence of their hook-ups. She went as far as posting his nude photo on Twitter for all to see. Finally, popular media personality, Nota Baloyi reacted to the drama. He spoke about Kaybee’s apology, and also advices him to take the picture off Twitter.

According to him, the picture has been blocked (by Nota) to prevent his woman from seeing it. Replying, Kaybee revealed that he is working on taking it out, and jokingly asked Nota to leave him alone. 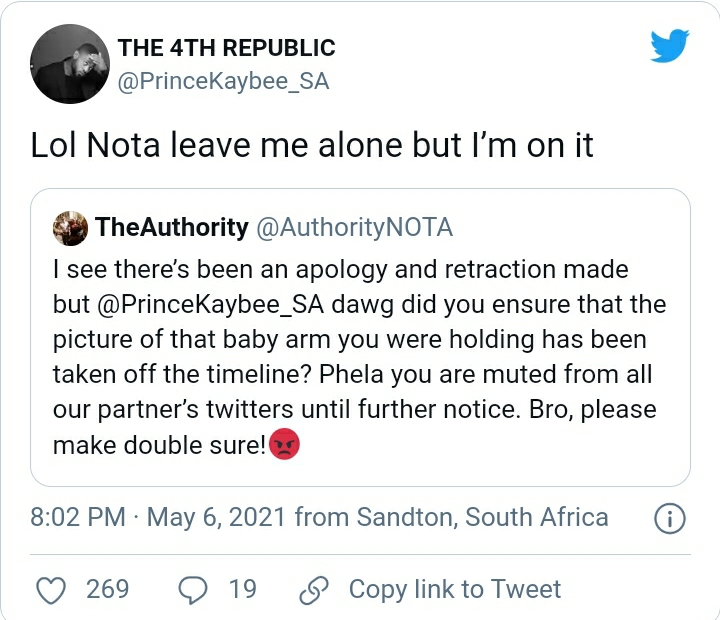