Wu Assassins season 2 is here, with a new trailer from Netflix to give fans an idea of what to expect.

A cast member in that gripping movie, Pearl Thusi, is more than happy about the second season. In a tweet, sharing Netflix’s notice of the trailer, the celebrated actress had noted that she missed the cast and crew of the movie so much. 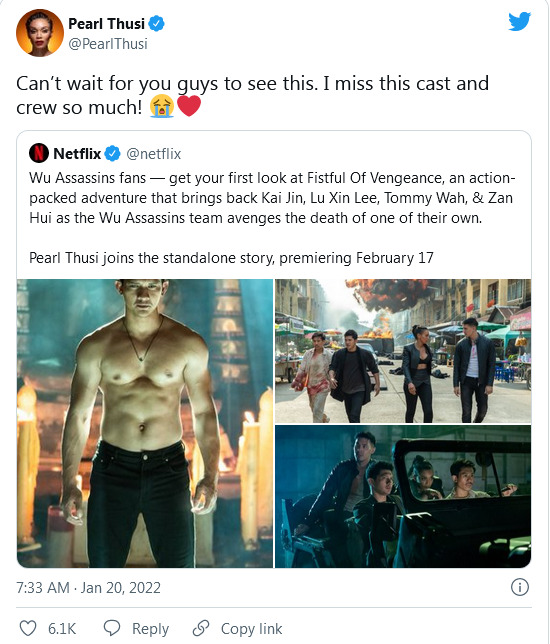 just how emotional she was about it all. You can check out the tweet below.

If you’re a We Assassins fan, you’ll have to wait a bit to watch the second season, though. Except by some miracle, fans won’t get to see the second season until 17 February, when it would premiere on the movie streaming platform.

Easily one of the most visible faces in South African film, Pearl Thusi means many things to many people. But there’s no denying her acting talent, which has not only filled her bags but opened doors for her around the world.

Well, for now, y’all might want to keep your eyes peeled for what Netflix has promised on 17 February. It will be interesting to see how Pear Thusi interprets her role. Stay tuned.

Tags
Pearl Thusi
John Israel A Send an email 21 January 2022
Back to top button
Close
We use cookies on our website to give you the most relevant experience by remembering your preferences and repeat visits. By clicking “Accept All”, you consent to the use of ALL the cookies. However, you may visit "Cookie Settings" to provide a controlled consent.
Cookie SettingsAccept All
Manage Privacy