The 64th Grammy Awards insider, and expectedly there are winners and losers. Nigerian singer Wizkid, who was nominated in two categories, won neither. And this had many of his fans talking, including Pearl Thusi.

Known for always speaking her mind, the South African actress and media personality had stormed Twitter and noted that Wizkid not winning the Grammy is another reason she doesn’t take the award too seriously.

She added that African artists have shown that they don’t need the award, although it’s great to have. In the last part of her tweet, she had conceded that she might be wrong.

Like almost all her tweets on public subjects, the tweet about Wizkid not winning a Grammy provoked controversy near-instantly, with many tweeters weighing in. In no time, Pearl Thusi found herself trending on Twitter.

Some South Africans lashed out at her for not congratulating her compatriot Black Coffee, who won his first-ever Grammy. As far as some of these peeps are concerned, Black Coffee’s win is what should matter to the media personality. You can check out the conversation below. 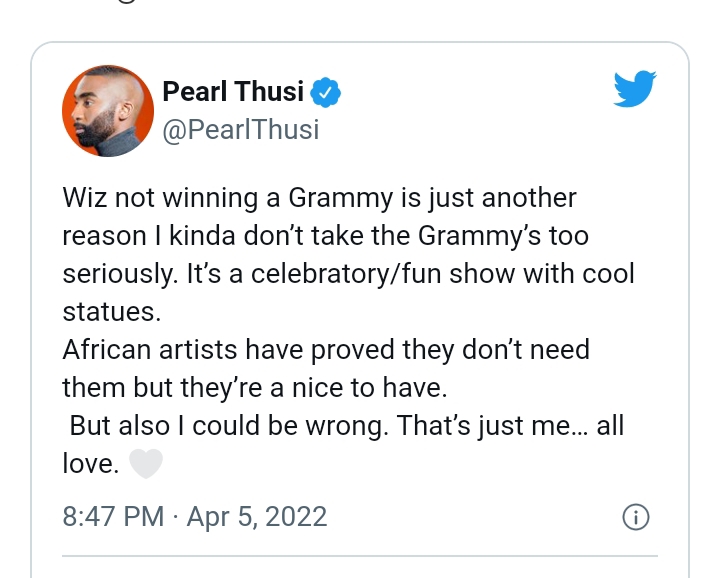 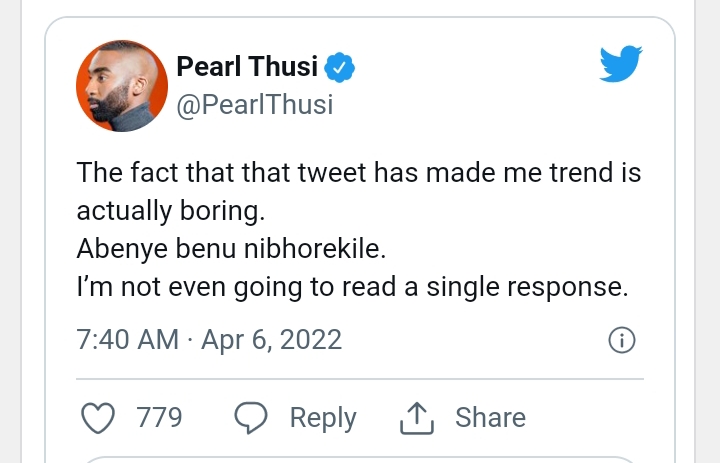 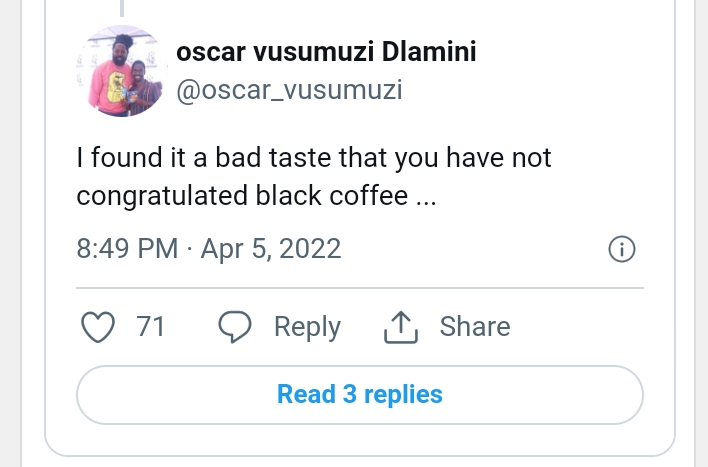 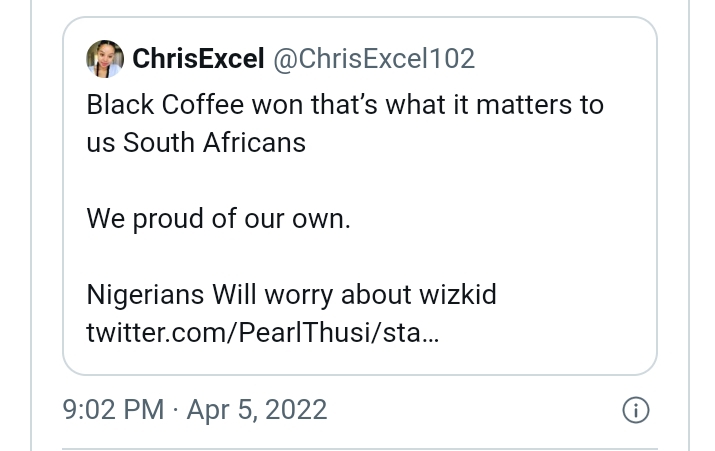 Out in Nigeria, Wizkid’s fans are yelling in protest as well. But will all the yelling and complaint change anything?

Tags
Pearl Thusi
John Israel A Send an email 6 April 2022
Back to top button
Close
We use cookies on our website to give you the most relevant experience by remembering your preferences and repeat visits. By clicking “Accept All”, you consent to the use of ALL the cookies. However, you may visit "Cookie Settings" to provide a controlled consent.
Cookie SettingsAccept All
Manage Privacy