Do artistes need to take breaks from time to time in order not to burn out and end up creating lyrical mediocrities as songs? The consensus has been yes.

Artistes in South African and elsewhere hold to that opinion. In fact, we had reported earlier that “Club Controller” DJ Prince Kaybee had asked artistes to take breaks to avoid sounding the same, especially in their albums.

When he said those words, many suspected he was speaking to the “Scorpion King” DJ Maphorisa. However, he neither confirmed nor denied this.

The idea of taking breaks popped up in the recent edition of PopCast, during which Scoop spoke of the vitality of taking breaks. PH Raw X took that up, asking in a tweet which artistes his fans think would benefit from taking a break.

The tweet provoked an interesting debate on Twitter, and it is still ongoing. You can check out screenshots below. 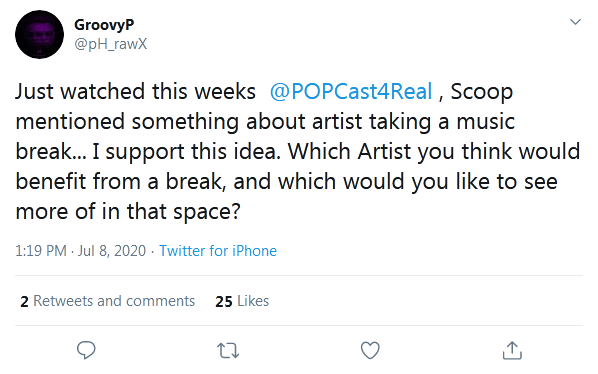 Well, what do you think? Should artistes take breaks in the course of their careers to avoid dropping poor quality songs? Do breaks from singing and songwriting make for the creation of quality numbers?

You may want to join the conversation by dropping your thoughts in the comment section below.

Tags
PH Raw Scoop Makhathini
John Israel A Send an email 9 July 2020
Back to top button
Close
We use cookies on our website to give you the most relevant experience by remembering your preferences and repeat visits. By clicking “Accept All”, you consent to the use of ALL the cookies. However, you may visit "Cookie Settings" to provide a controlled consent.
Cookie SettingsAccept All
Manage Privacy