It’s normal for artists to not wish what happened to them on others. A lot of musicians in Mzansi have been vocal about the things they have suffered at the hands of record labels. But, that seems to not be ending anytime soon.

Mzansi rapper, Emtee has been feuding with his former label, Ambitiouz Entertainment since he announced his exit from there a while ago. Everything got serious this year, as he constantly called them out for withholding his awards and some of his royalties. We also hear he’s sued them to court.

The “Waves” rapper recently took to Twitter to advice upcoming acts to not make the same mistakes he made while on the come up.

PLEASE DO NOT SIGN A RECORD DEAL JUST BECAUSE YOURE HUNGRY. THAT INDICATES THAT THEY CAN PLAY WITH YOU AS MUCH AS THEY WANT

He clearly tweeted telling them not to sign record label deals just because they are hungry. According to him, they (labels) can play with you as much as they want. 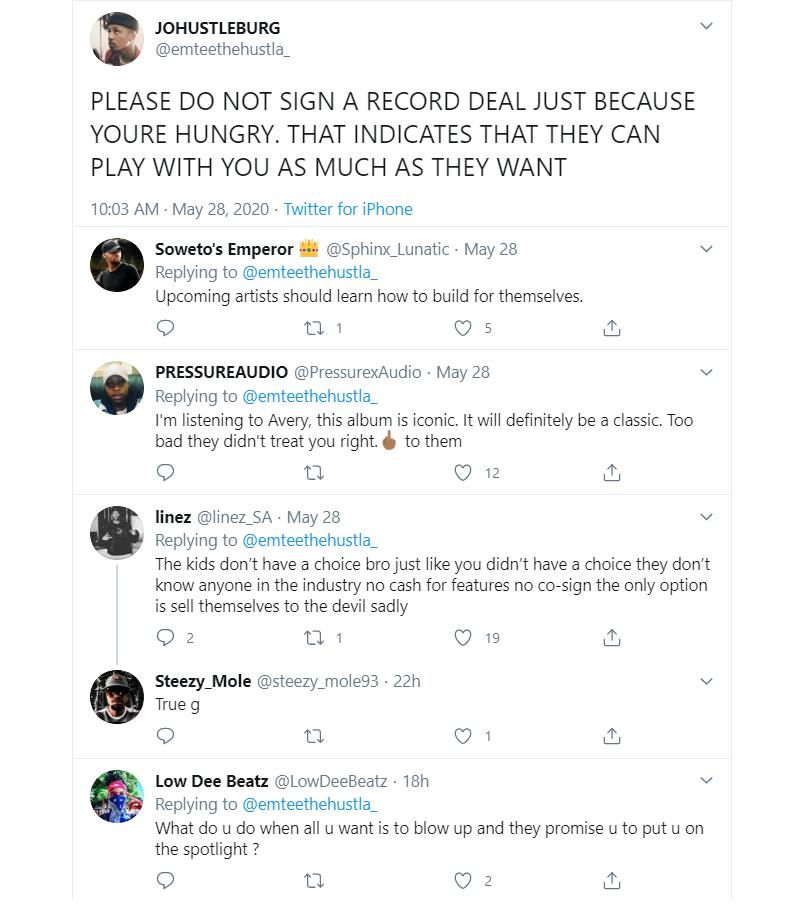