Euphonik has been severely criticized by social media users for his comment on Feminism following the throwing out of the rape case against him and DJ Fresh.

A lady called Madikizela had accused him and DJ Fresh of raping her and her friends in 2011 during a time out, filing a case against the two at a police station.

In a tweet days ago, following the throwing out of the case, Euphonik had shouted out what he called “toxic feminist brigade,” denouncing them as delusional liars who can’t distinguish fact from fiction. He insisted he could never have raped his accuser because he never met her.

His tweet elicited mixed reactions, with some fans describing it as embarrassing. The DJ would not be silenced, though. 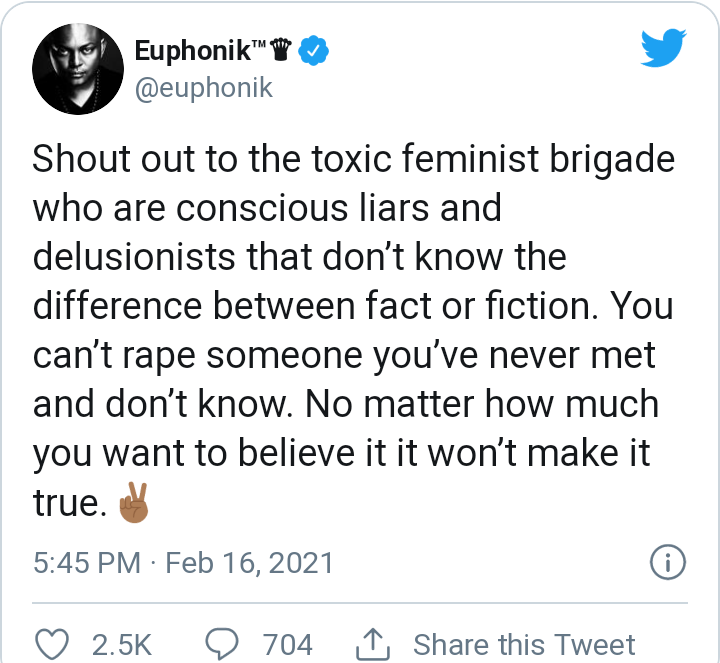 In other  news, media Commentator Phil Mphela recently advised DJ Fresh and Euphonik to stop tweeting and dropping statements to try to prove their innocence in that it isn’t doing their case any good.

Euphonik had responded asking him to keep his advise to himself and take it whenever he becomes just as great and is falsely accused of rape. 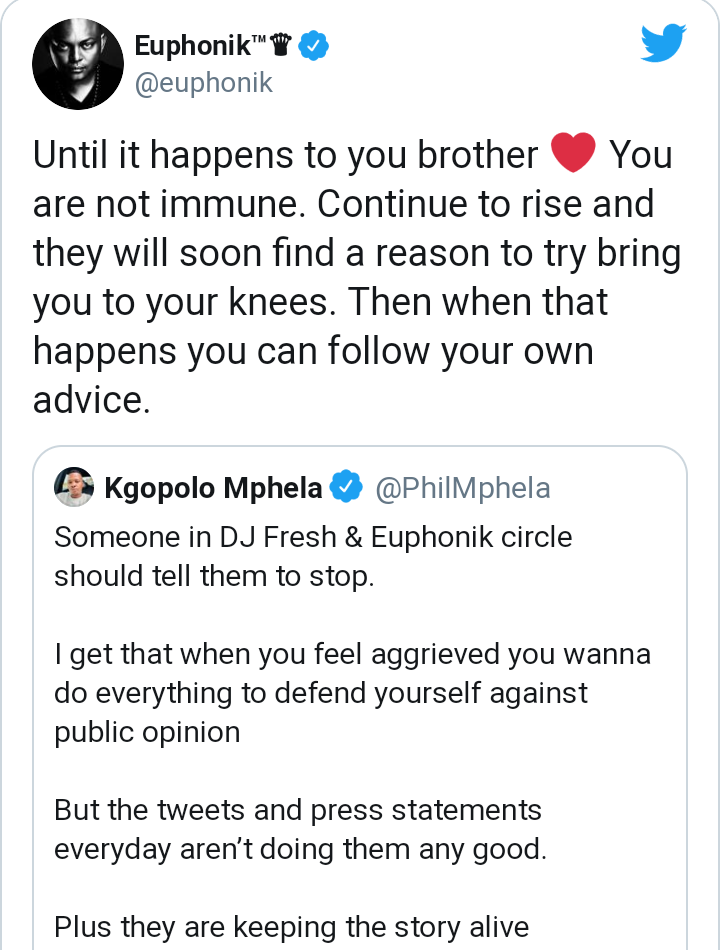 Well, what do you think of Euphonik’s thoughts on Feminism and his response to Phil Mphela? You may want to join the conversation by dropping your thoughts in the comment section below

Tags
Euphonik
John Israel A Send an email 19 February 2021
Back to top button
Close
We use cookies on our website to give you the most relevant experience by remembering your preferences and repeat visits. By clicking “Accept All”, you consent to the use of ALL the cookies. However, you may visit "Cookie Settings" to provide a controlled consent.
Cookie SettingsAccept All
Manage Privacy