For many in Mzansi right now, the Real Housewives of Durban (RHOD), which is currently in its second season, is the real spice. It appears like the drama never ends in the reality show. If viewers aren’t screaming over one thing, they’re complaining about another.

Thobile MaKhumalo’s black-tie dinner on the celebrated reality show is currently the talk of town, with South Africans dissecting what happened and what could have happened.

It was Thobile MaKhumalo and Musa’s debut on the show and it appeared like they didn’t quite vibe with many ladies and their partners who showed up. Some viewers who followed the event thought the outing inelegant.

Some viewers had taken to social media soon after to voice their displeasure with the duo’s hosting skills. One user had dismissed both of them acidly, describing their style as close to what one sees in a forest pyramid scheme. You can check out the screenshots below. 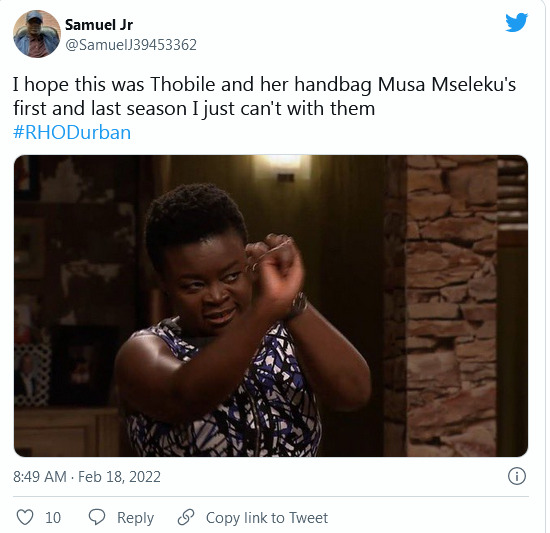 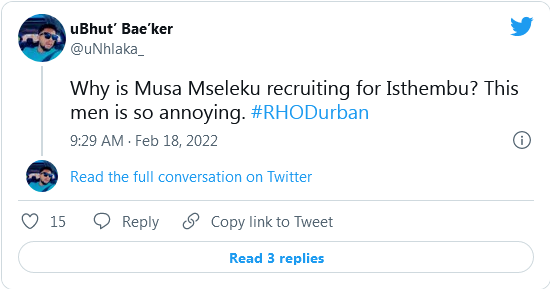 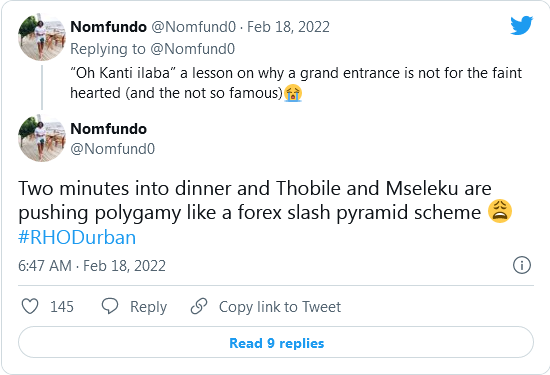 Given another chance, though, some viewers said both can redeem themselves. It remains to be seen if and when that will happen. It is doubtful the drama will end anytime soon, however. Stay tuned for your next fix.

Tags
Real Housewives Of Durban RHOD
John Israel A Send an email 19 February 2022
Back to top button
Close
We use cookies on our website to give you the most relevant experience by remembering your preferences and repeat visits. By clicking “Accept All”, you consent to the use of ALL the cookies. However, you may visit "Cookie Settings" to provide a controlled consent.
Cookie SettingsAccept All
Manage Privacy