It’s been a season of losses with South African music, and media personality Pearl Thusi is having a hard time coping with them all.

She’s not hidden her grief, nor has she hidden her struggles with all the bad news. South African rapper Riky Ricked killed himself last month in his studio, which was close to his home. And this month, another death slapped the industry.

DJ Dimplez had died from a brain hemorrhage. Pearl Thusi was one of those devastated by Riky Rick’s death. And from her tweet, she’s only been able to cope with his death by listening to his songs at the club.

In a series of tweets, the celebrated actress and media personality encouraged DJs not to stop playing Rick’s songs, because she finds them therapeutic. 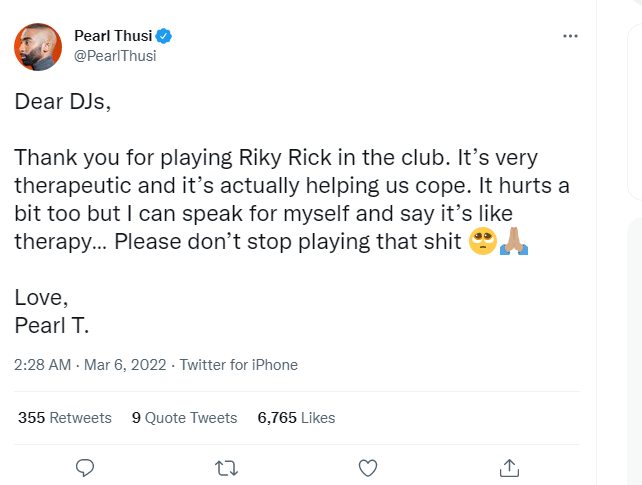 About the sudden death of DJ Dimplez, she was just as divested, incredulous. And she expressed her grief that he should die when South Africa has yet to recover from the tragedy of Riky Rick’s passing.

Somehow Pearl thusi started trending. She was clueless about why she was trending. In her tweet, she made it clear that she didn’t care why. There are other things to focus on, including the pain of losing the musos. 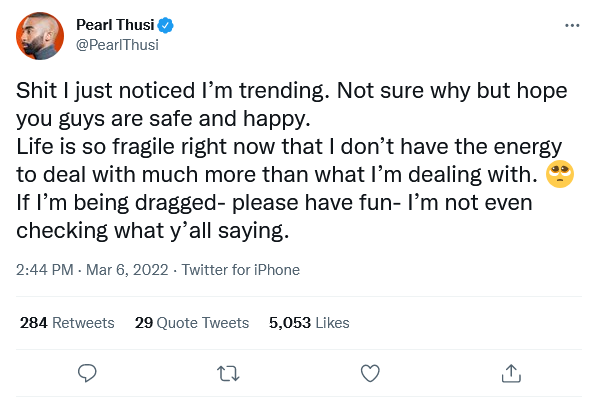 Tags
Pearl Thusi
John Israel A Send an email 7 March 2022
Back to top button
Close
We use cookies on our website to give you the most relevant experience by remembering your preferences and repeat visits. By clicking “Accept All”, you consent to the use of ALL the cookies. However, you may visit "Cookie Settings" to provide a controlled consent.
Cookie SettingsAccept All
Manage Privacy