Rouge reveals artists she thinks could stand against Drake in a Verzuz battle.

If anyone has hits for days, it’s certainly Canadian rapper Drake who is just undisputed. Lately, the question of who could go against him in a Verzuz battle has got everyone thinking hard.

SA Hip-hop star, Nasty C previously replied saying he’d be a good match. Of course many people laughed him off for it. We all know he doesn’t have a music catalogue that matches that of the “Toosie Slide” hit maker. So, we wonder what he means when he says he’s a worthy opponent.

“One By One” hit maker, Rouge recently shared her own suggestions and they seem pretty brilliant.

Reacting to the question, she suggested Lil wayne and Eminem to be the closest competitors but revealed they still wouldn’t win. We think it’s a very brilliant opinion because Wizzy has a long list of hits as does Eminem. 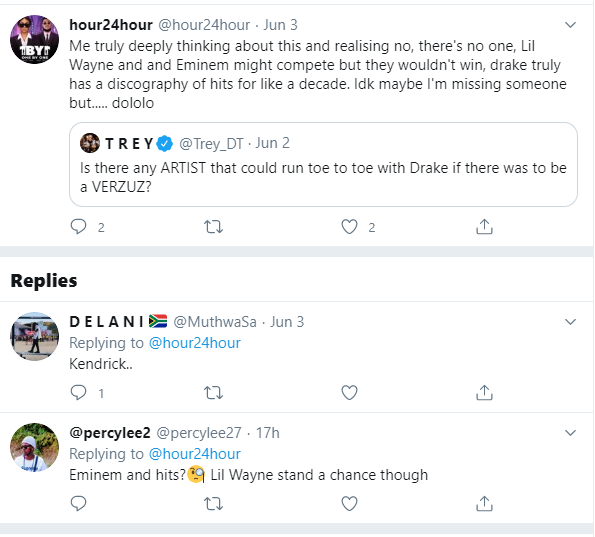