If you thought Saudi was going to remain an independent artist, you’re wrong. He recently took to Twitter to announce that he has signed to a new worldwide label, The Orchard. He did so by retweeting the label’s tweet welcoming him to the family.

We haven’t really known him to talk about his plans before doing them. The Mzansi rapper previously made the news when he stated his new terms on being featured on other artists’ songs for free.

Following his departure from Ambitiouz Entertainment, everyone thought the rapper would remain independent. He even started his own label Ovloe Monopoly and has been hinting on releasing music since. He previously dropped the Dripsleak mixtape.

Saudi is also in the processing of readying his forthcoming project, “Msotra Don’t Die” for release. We are guessing it would be released via his independent label, and his new home. 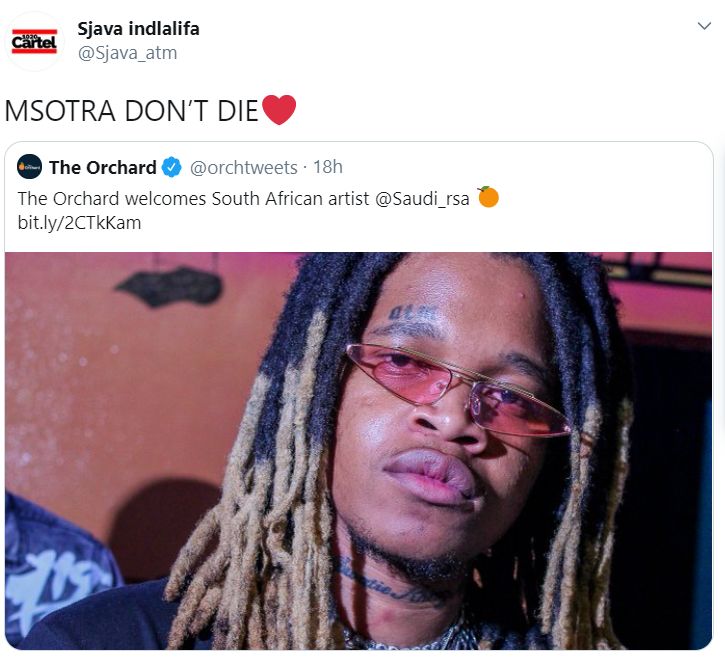