Saudi reveals his terms to feature on a song, says he’ll be charging for everything including tax.

As a rapper you need a lot of self worth. That, and the ability to say the things that you are. A lot of rappers come off as proud, but when you really think about it, you realize it’s just a trait they all possess.

Almost every rapper has declared themselves the best in the game from AKA, Cassper, and now to Saudi. The talented muso who currently holds the record as the SA rapper with the most Spotify listeners took to Twitter to state his new terms in order to be featured by fellow artists and DJs.

According to him, he’ll be charging for so much because he’s got a lot of mouth to feed. He revealed that he wont be rapping for free stating that he would even charge for tax. He said,

“I promise to charge you tax next time you inquire. I’m about my bag and being undisputed as The Best Rapper Alive. This for my family.” 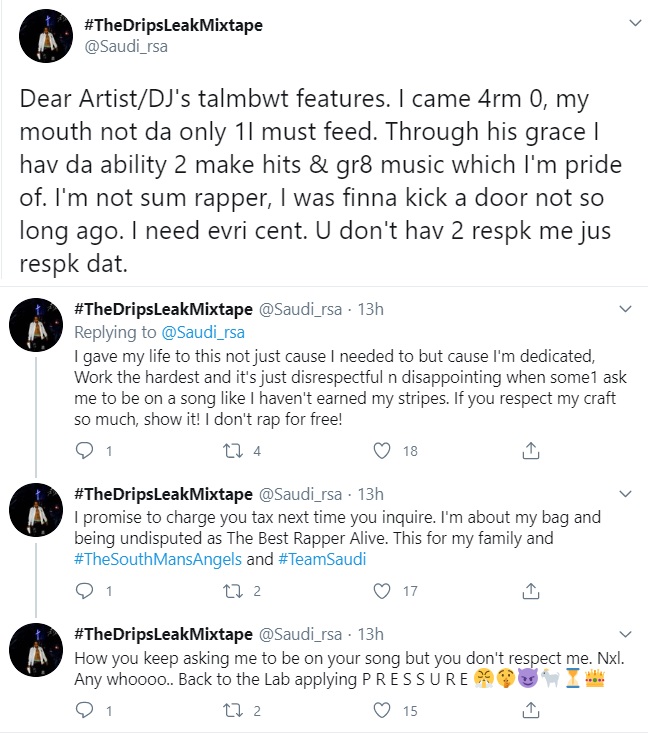