Sha Sha gets dragged after DJ Maphorisa bragged about his SAMA nominations.

If there’s anything popular Mzansi DJ, Maphorisa has alongside his big talent, it’s his huge ego. The Mzansi star is known to always brag about a lot of his achievements, and the recent SAMAs nominations list gave him more material.

Taking to Twitter on July 11, the “Lorch” hit maker bragged about his many nominations on some compilations of Sha Sha’s hits. According to him, he is nominated and he doesn’t give “a f**k about them”. This led a lot of Tweeps to weigh in on Sha Sha’s nominations at the SAMAs.

The Amapiano vocalist’s country of origin was brought into question prompting some xenobic tweets. In their opinion, the Zimbabwean native shouldn’t be nominated for a South African award. While many felt that way, some did not concur because the singer has been a resident of Mzansi for a long time. 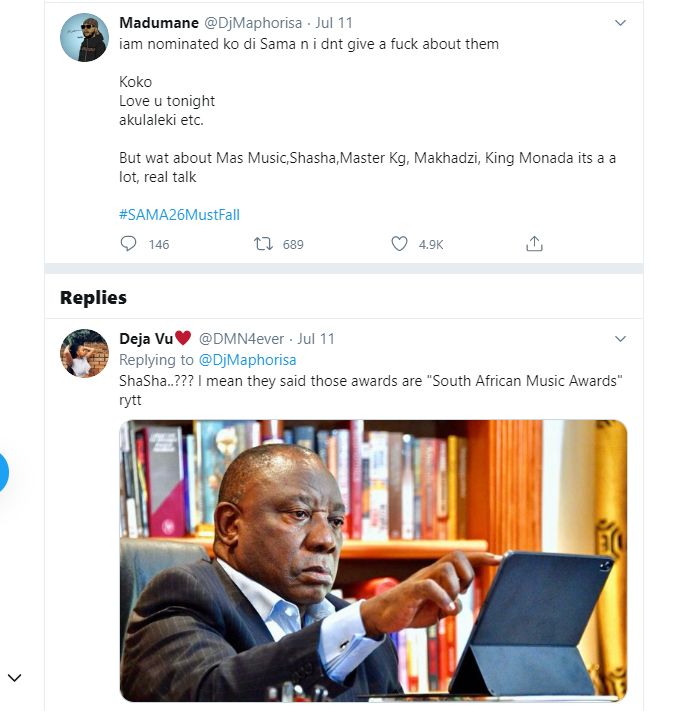 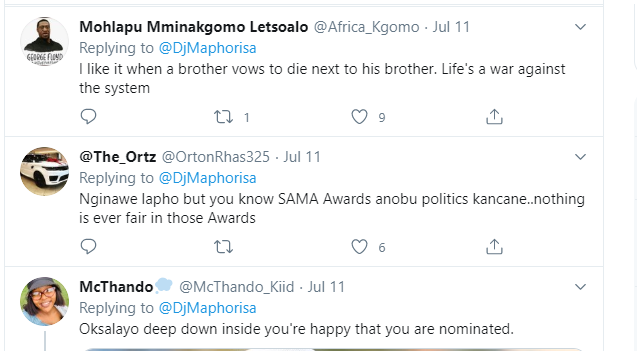