Local singer, Simphiwe Dana shares beautiful and heartbreaking memories from her time with Hugh Masekela while he was alive.

Late Music icon, Hugh Masekela was not just an iconic figure in the music industry, he was also a friend to many who loved his heart more than the records he made. Apparently, he was such a nice man that his death broke so many hearts of people who he was so dear to.

Local Mzansi singer, Simphiwe Dana is one of many who were touched by his love and amazing friendship. The singer recently took to Twitter to share details of her friendship with Hugh while he was still alive. According to her, they were so close that they almost made an album together but that didn’t happen because he passed before they could.

She also revealed that he once paid for Tai Chi lessons so she could get her energy intact for their album. According to her, he almost took her on tour with him as a backup singer. A while back, when she was involved in an accident while 8 months pregnant, she revealed he was the first person to visit her. We wonder what their album together would have sounded like.

We were in New York here. Then a year later or earlier,… (my memory is such a mess)! I was with him in LA. Both times after he’d had a show and was so excited to acquaint me with his exile hood and his buddies. We was gonna do an album together, but timing….

Gave me such a leeway! I was 1h late cause my hairstylist took long. Of course I got a tongue lashing & he didn’t wait for me. Canceled the whole damn meeting! Still allowed that I would reschedule. I would have to go through the fire. Till his passing he reminded me I’m an ass https://t.co/SlZ4pHb3Cy 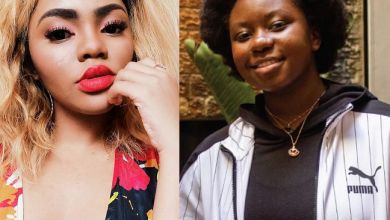 Angie Santana & Indigo Stella Have A Song Which May Not Be… 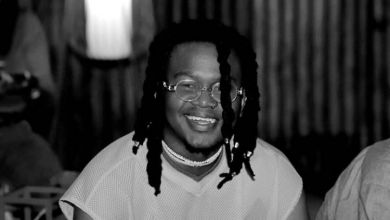