Popular Mzansi singer and songwriter, Sir Trill is taking a break from the music scene to focus on his health.

Many times, Mzansi has heard stories of their favourite stars breaking down as a result of exhaustion, and fatigue. A little while back, news of Lady Du’s collapse hit the net and fans were concerned for her health. Fortunately, she’s been doing okay ever since.

Another Mzansi hitmaker is just now taking necessary precautions to not burn out. “John Wick” star, Sir Trill has taken to social media to announce that he will be taking a needed break from the scene. He sent out an apology to events and shows he was previously billed to perform at.

According to him, he’s been suffering from fatigue and “it has gotten worse”. He revealed that this was caused by his non-stop hard work since the beginning of the year. He will now be taking time to focus on his health. 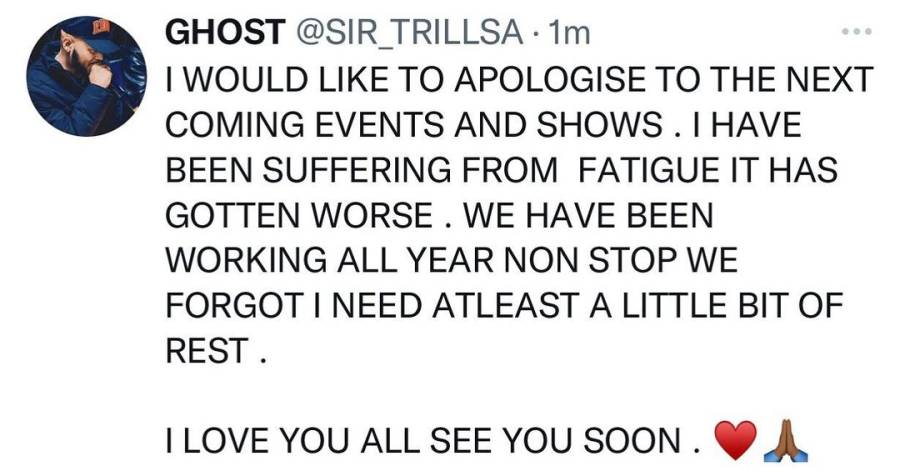 Tags
Sir Trill
John Jabulani Send an email 22 December 2021
Back to top button
Close
We use cookies on our website to give you the most relevant experience by remembering your preferences and repeat visits. By clicking “Accept All”, you consent to the use of ALL the cookies. However, you may visit "Cookie Settings" to provide a controlled consent.
Cookie SettingsAccept All
Manage Privacy