Snapchat is one of the top social media platforms out there. And like almost every other social media app, it hasn’t been short of complaints from users who either want new features or desire some modifications to already existing features.

In the ongoing conflict between Russia and Ukraine, spawned by the former’s invasion of the latter, Snapchat has taken a stand with the Ukrainian people – in word and in policy.

For one, it had taken a stand in a tweet via its official Twitter channel while also suing for peace. But it didn’t end there.

Amid the conflict, in an announcement via its Twitter feed, the company had also temporarily turned off Snapchat’s “heatmap” feature for Ukraine, a move that obfuscates the number of snaps that were being taken in a particular region in Ukraine.

The company explains the reason for this as a safety precaution in the ongoing conflict. It is thought that Russia might want to track citizens’ movements, as well as evacuations. 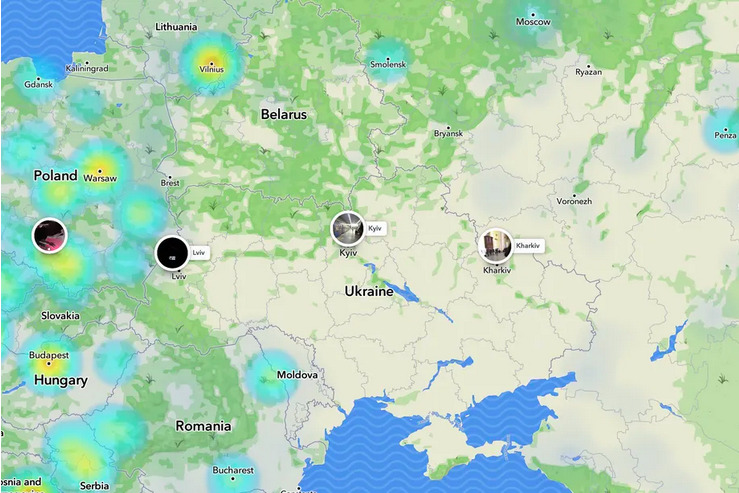 The turning off of the feature has led to mixed reactions. The majority of the opinion, though, is that it’s in the interest of the Ukrainian civilian population.

By the way, the war had broken out after Russian tanks rolled into Ukraine and began their baptism in barbarism.

Tags
Snapchat
John Israel A Send an email 14 March 2022
Back to top button
Close
We use cookies on our website to give you the most relevant experience by remembering your preferences and repeat visits. By clicking “Accept All”, you consent to the use of ALL the cookies. However, you may visit "Cookie Settings" to provide a controlled consent.
Cookie SettingsAccept All
Manage Privacy