Snoop Dogg has dismissed speculations he might have a beef with rapper Eminem, stating in response to a fan that he and the “Killshot” star are good. 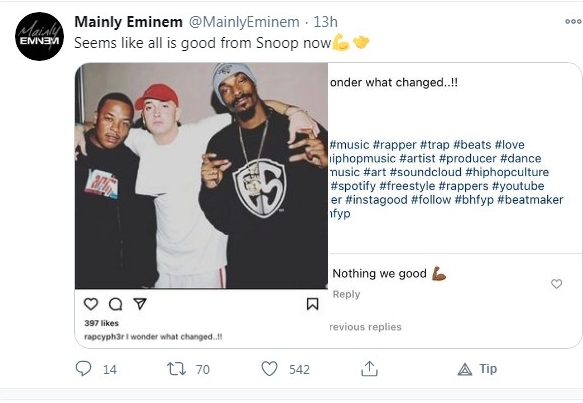 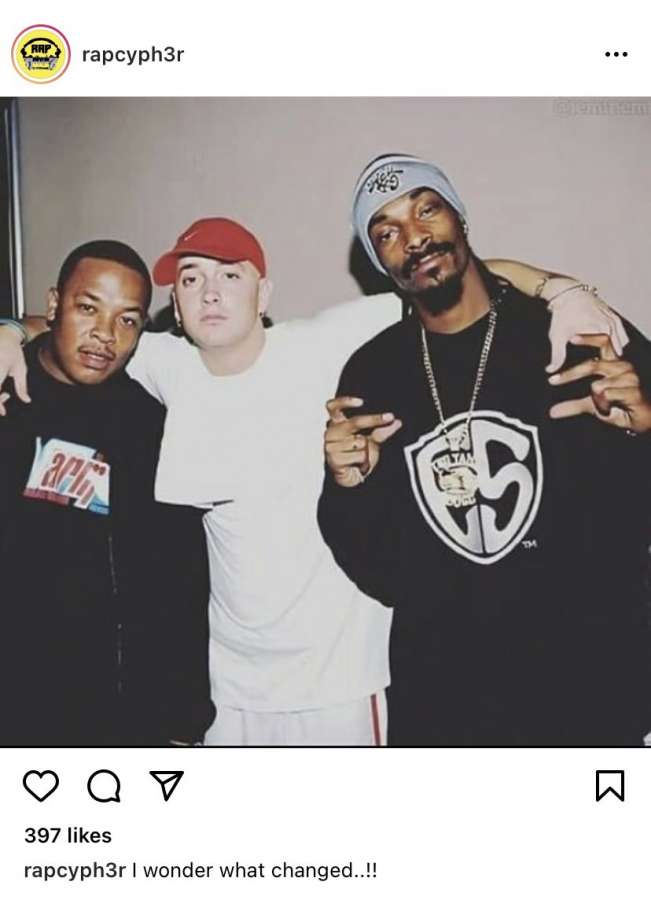 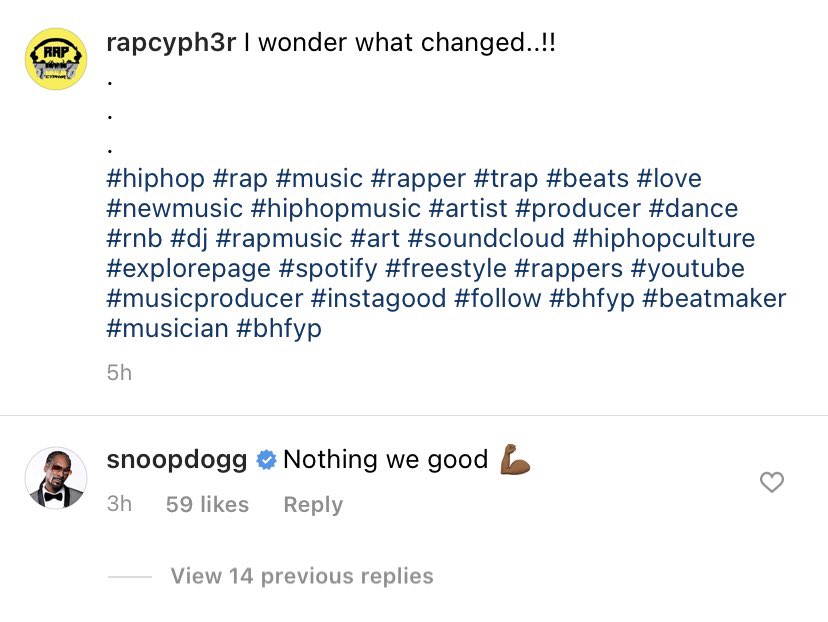 A little beef had apparently developed between the two when Snoop Dogg said last summer during a sit-down with DJ Envy and Charlemagne tha God that Eminem was not in the Top 10 Greatest Rappers of All time.

He claimed that Dr Dre who, like himself, had worked with Em in the early years, had put Em in a position where he would be labeled one of the top ten rappers ever, but that he doesn’t agree with Em taking up the position. He apparently doesn’t qualify for it in the Dogg’s estimation.

Part of the lyrics for the song reads: As far as squashing beef I’m used to people knocking me/But just not in my camp/And diplomatic as I’m tryin’ to be/last thing I need is Snoop doggin’ me.  Man, Dogg, you was like a damn god to me/Meh, not really (haha)/I had ‘dog’ backwards

Well, what do you think of Snoop Dogg’s claim he is good with Em? You might want to join the conversation by dropping your thoughts in the comment section below.

Tags
Eminem Snoop Dogg
John Israel A Send an email 13 January 2021
Back to top button
Close
We use cookies on our website to give you the most relevant experience by remembering your preferences and repeat visits. By clicking “Accept All”, you consent to the use of ALL the cookies. However, you may visit "Cookie Settings" to provide a controlled consent.
Cookie SettingsAccept All
Manage Privacy