Besties, Somizi and Vusi Nova reportedly working on the music video for their song “Ntandane”.

It seems Mzansi stars, Somizi and Vusi Nova are not done for the year. They’ve got yet another gift for their fans before the year runs out. If you loved their collaborative single “Ntandane”, then you’d certainly love what’s coming next.

In a post made on Instagram on Monday, December 21st, Somizi revealed that they’re working on the video for the song. Cool right. Weeks back when the song was released, fans were particularly excited for it. Somizi’s vocals on “Ntandane” received so much praise. 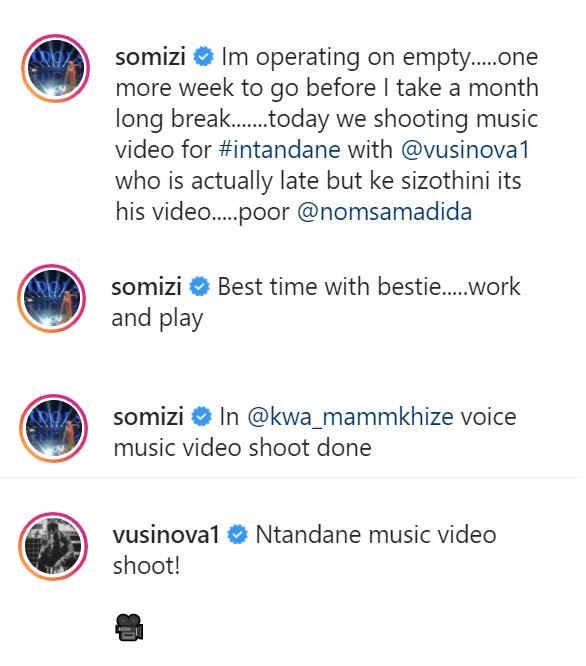 Now, we get to see them do their thing in a video. We have no idea when this video would be released but we suspect it could be coming before the year runs out. Somizi has also revealed that he would be taking a month long break after the week.

Tags
Somizi Vusi Nova
John Jabulani Send an email 22 December 2020
Back to top button
Close
We use cookies on our website to give you the most relevant experience by remembering your preferences and repeat visits. By clicking “Accept All”, you consent to the use of ALL the cookies. However, you may visit "Cookie Settings" to provide a controlled consent.
Cookie SettingsAccept All
Manage Privacy