Proceedings for Somizi Mhlongo and Mohale Motaung’s divorce have been halted because their marriage was not registered.

Remember Somizi and Mohale’s highly publicized wedding? Yes, the one they’ve been in court for not being paid? We hear it was not registered. Somizi revealed the shocking details on his reality show “Living The Dream with Somizi”.

The Idols SA judge, who parted ways with his former husband, Mohale, met with his legal adviser, Hopewell Sathekge. He sort advice on legalizing his divorce after it was revealed that he and Motaung never signed their wedding certificate. The pastor forgot to bring the papers on their wedding day.

Reacting to the news, Somizi said, “I knew with the marriage there would be challenges, naturally, but there are challenges where you can see that this is going to hell. So when they told us that the pastor did not bring the certificates, I was like, look at God!”

According to a report by City Press, sources close to the reality stars have revealed that the unregistered marriage has delayed the divorce proceedings. They said, “Their lawyers are in negotiations because there is a large estate at stake here. The biggest issue is that the marriage is not registered and, naturally, it would fall under customary law, but that is something Mohale is struggling with because he is not in possession of a letter proving that lobola was paid for him.”

It has also been revealed that Mohale’s family was never in support of the marriage, so they have refused to back him. They reportedly put up a front for Mohale’s sake and gave Somizi back the Lobola he paid to them. Another source claimed that there had been no proof (in writing) that Lobola was paid when they wedded traditionally in 2019. Proving that they were at least married in customary law would have made things easy for Mohale. 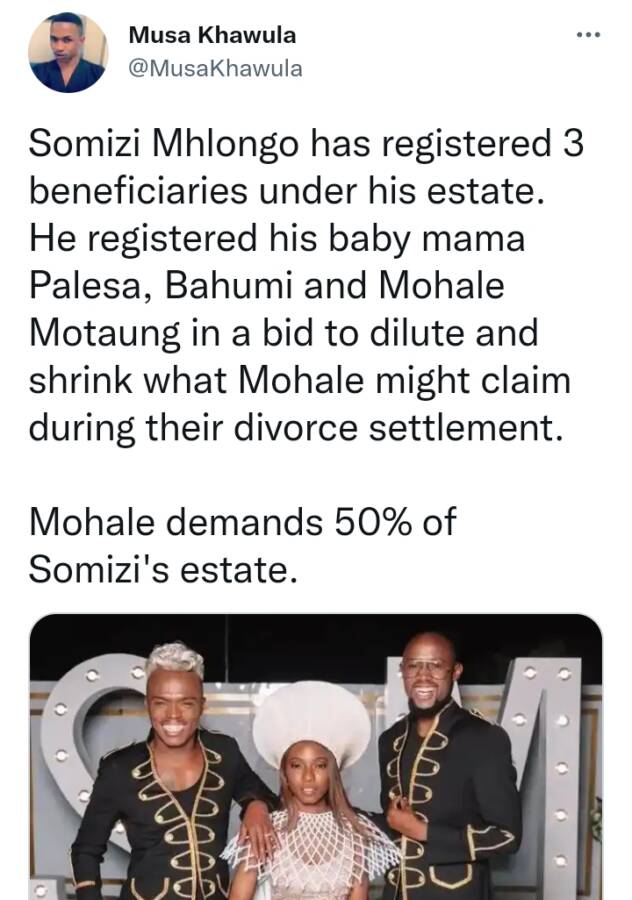 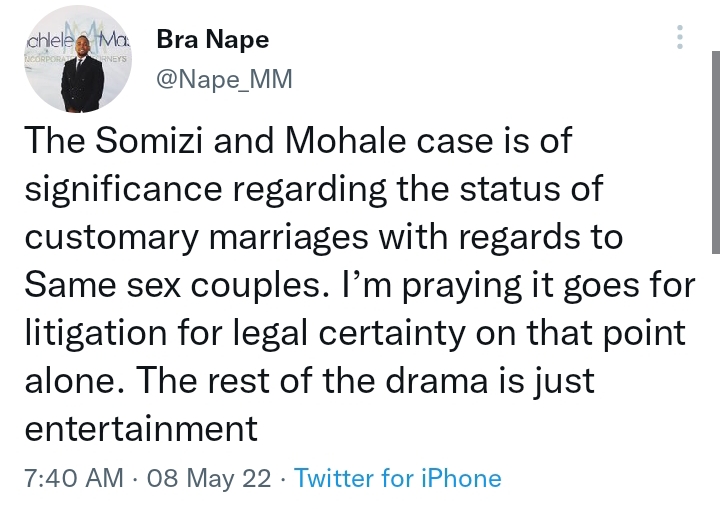 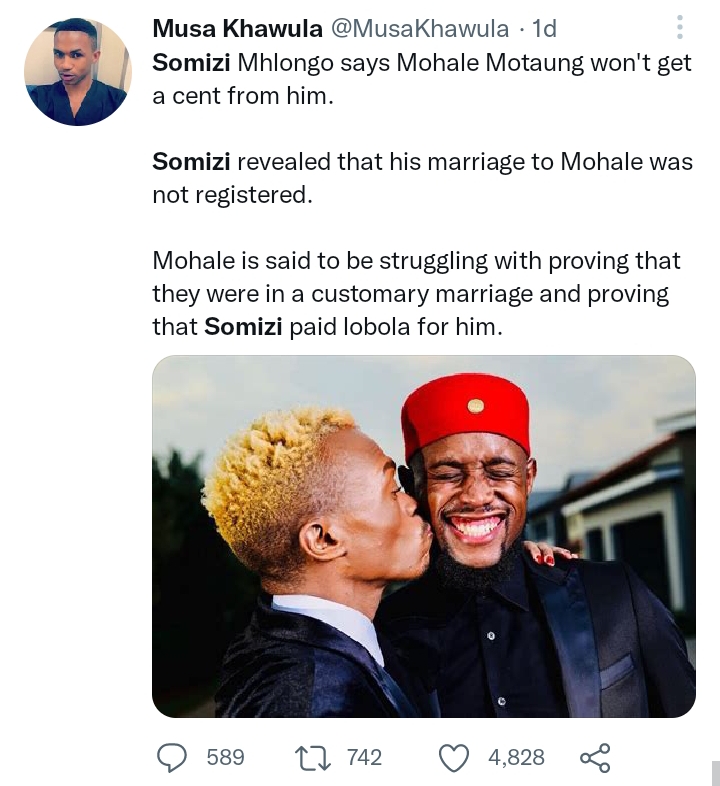 Tags
Mohale Mohale Motaung Somizi Somizi Mhlongo
John Jabulani Send an email 16 May 2022
Back to top button
Close
We use cookies on our website to give you the most relevant experience by remembering your preferences and repeat visits. By clicking “Accept All”, you consent to the use of ALL the cookies. However, you may visit "Cookie Settings" to provide a controlled consent.
Cookie SettingsAccept All
Manage Privacy