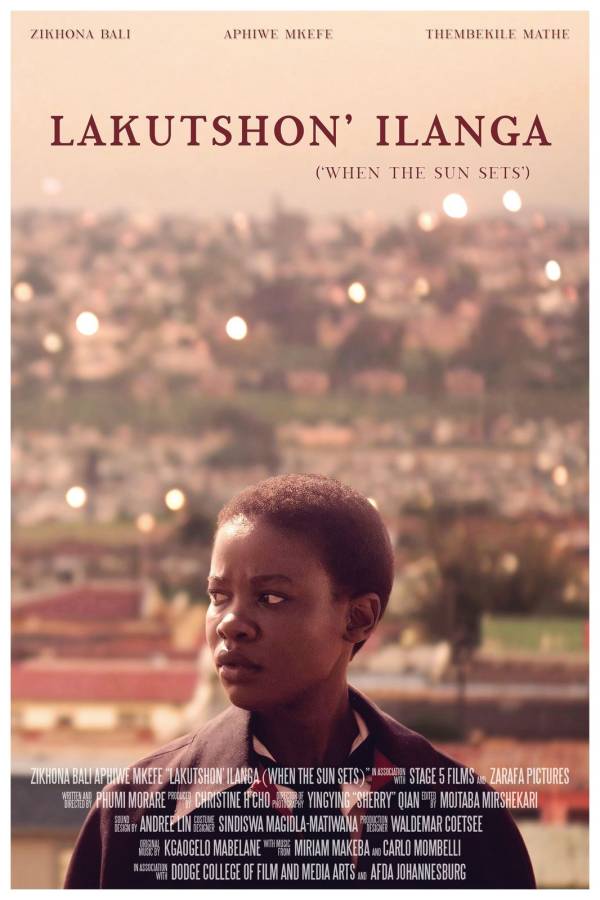 “I’m deeply honored to be a Student Academy Award winner. To think that a personal story, based on my South African family history, can resonate with an international audience and receive this type of accolade is deeply humbling and inspiring. I am so grateful to the community that came around us to make this film possible against all odds.”

Shot on location in Soweto, Lakutshon’ Ilanga tells the story of a young, black nurse living in 1985 apartheid South Africa who must face her worst fears when she learns that her younger brother, an activist, may be in danger.

“It’s a story of a black woman’s transcendence as she tries to protect her family under the constraints of oppression,” says Morare. “The film pays homage to my mother as it was inspired by a real incident that happened in her life. Her courage inspired me to honor and observe the quiet heroism of ordinary, African women.”

Currently based in Los Angeles, California, Morare submitted the film as her thesis for her MFA in Film Directing at Chapman University, along with fellow student Christine Cho in the role of producer, in 2019. The film has since received various accolades, including a Student BAFTA nomination and selection as a finalist in the 2021 American Black Film Festival’s Annual HBO Short Film Competition, not to mention screenings at some of the world’s most prestigious film festivals.

“Stage 5 Films has a keen focus on developing the careers of first-time feature filmmakers, and often, this starts at an emerging talent level,” says Marcelle du Toit, head of production at Stage 5 Films and executive producer on Lakutshon’ Ilanga. “Annually, Stage 5 Films invests in producing one short film by a talented South African filmmaker as a commitment to fostering our country’s creative industry. ‘Lakutshon’ Ilanga’ and the powerhouse female team that is Phumi and Christine, encapsulates this mission. Phumi’s touching personal connection to the narrative, as well as her ambitious and committed approach to authentic execution, resulted in a standout project.”

Based in Cape Town, Stage 5 Films specializes in producing films, television series and documentaries for local and international audiences, drawing on decades of experience and a global network to create powerful narratives packaged in technical excellence. And they’re no stranger to the Academy Awards: Noem My Skollie, co-produced by Stage 5 Films, was selected as South Africa’s official entry to the 2017 Academy Awards. Founder, Dylan Voogt also co-produced the countries official 2011 Academy Award entry, Skoonheid.

Tags
Phumi Morare
Thato Siyabonga22 October 2021
Back to top button
Close
We use cookies on our website to give you the most relevant experience by remembering your preferences and repeat visits. By clicking “Accept All”, you consent to the use of ALL the cookies. However, you may visit "Cookie Settings" to provide a controlled consent.
Cookie SettingsAccept All
Manage Privacy