To be considered a dope rapper, you certainly have to be a well rounded one. These days, we see rappers who focus on just one part of the rap game, some are great at freestyles, some at battles, and various other things. It is hard to find a rapper who is great at everything that involves rap.

Mzansi rapper, Stogie T believes that late Hip-hop icon, Pro Kid was. According to him, that was what made him a great rapper. Last week, many Mzansi Hip-hop fan were moved by the tribute some SA rappers pulled off to honour Pro Kid’s legacy.

The likes of AKA, Kwesta, Proverb and Riky Rick all contributed to it. After the show, a clearly moved Stogie T took to his Twitter to reveal all the things the late star was great at which he believes made him a great rapper. He wrote,

“What I found amazing about Prokid was how he ticked every box as an mc. He battled, he freestyles, made hits, had the personality of a super star, told stories, represented his people and played the commercial game like a mogul. Nothing he couldn’t do. Devastating loss?” 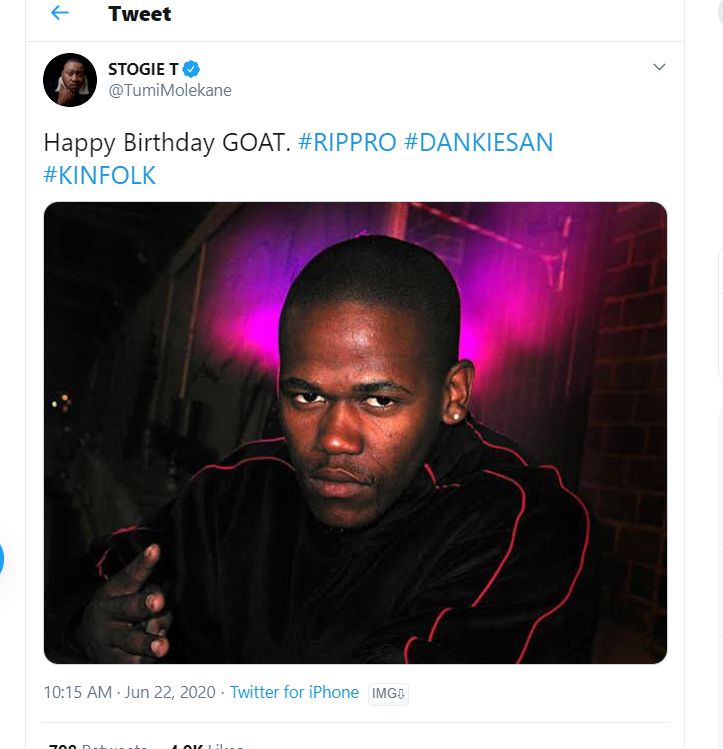 Tags
PRO Stogie T
John Jabulani Send an email 23 June 2020
Back to top button
Close
We use cookies on our website to give you the most relevant experience by remembering your preferences and repeat visits. By clicking “Accept All”, you consent to the use of ALL the cookies. However, you may visit "Cookie Settings" to provide a controlled consent.
Cookie SettingsAccept All
Manage Privacy