Moja Love’s docuseries Teenage Pregnancy follows the lives of three teenagers who got pregnant by different men and how they navigate the world of unplanned motherhood.

Ntando is one of the three pregnant teenagers, and she later gives birth.

When Ntando was first introduced to viewers, many viewers readily sympathised with her because they thought she was the only truly innocent one among the trio — the one who’s not worldly-wise and was played for a fool.

They also commended her mother for being a pillar of support to her amid the crisis she was facing as a teenager.

The intervening episodes had viewers scratching their heads, however. They noticed she’s got a new tattoo, would dump her baby with her mother and disappear for weeks on end. They also saw — and lamented the fact that — she’s got a new boyfriend.

Viewers are stunned that she doesn’t spend time trying to acquire a skill or looking for ways to better herself but chasing men all over the place. You can check out some of the comments below. 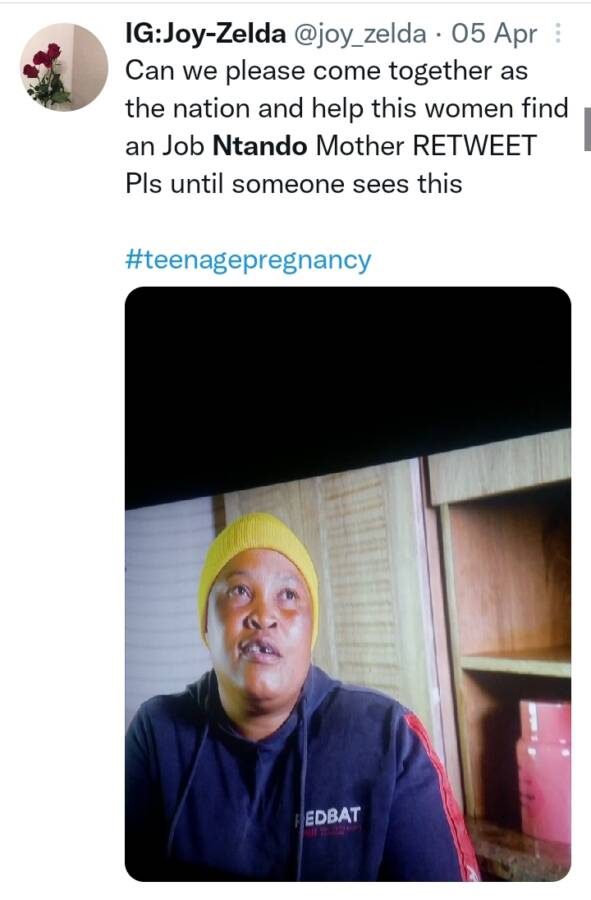 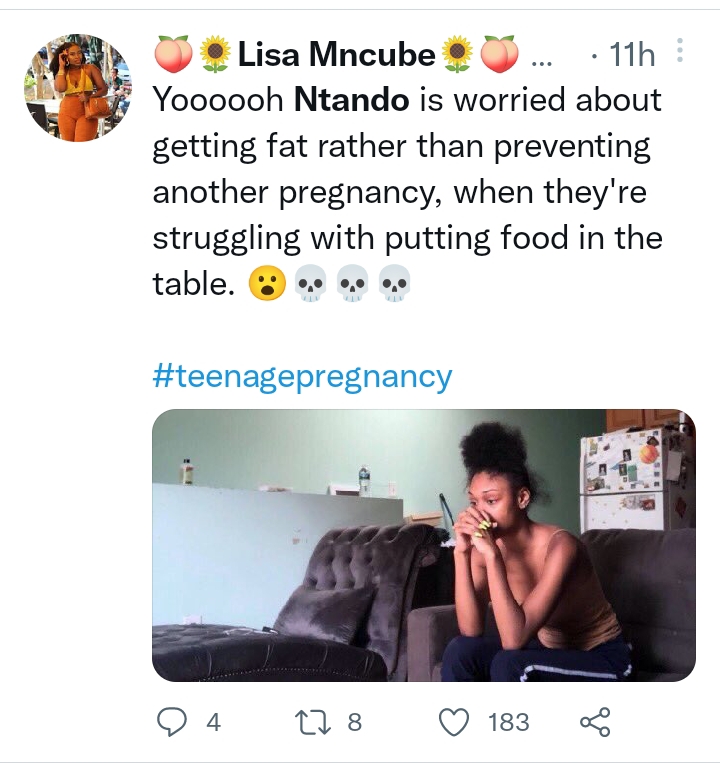 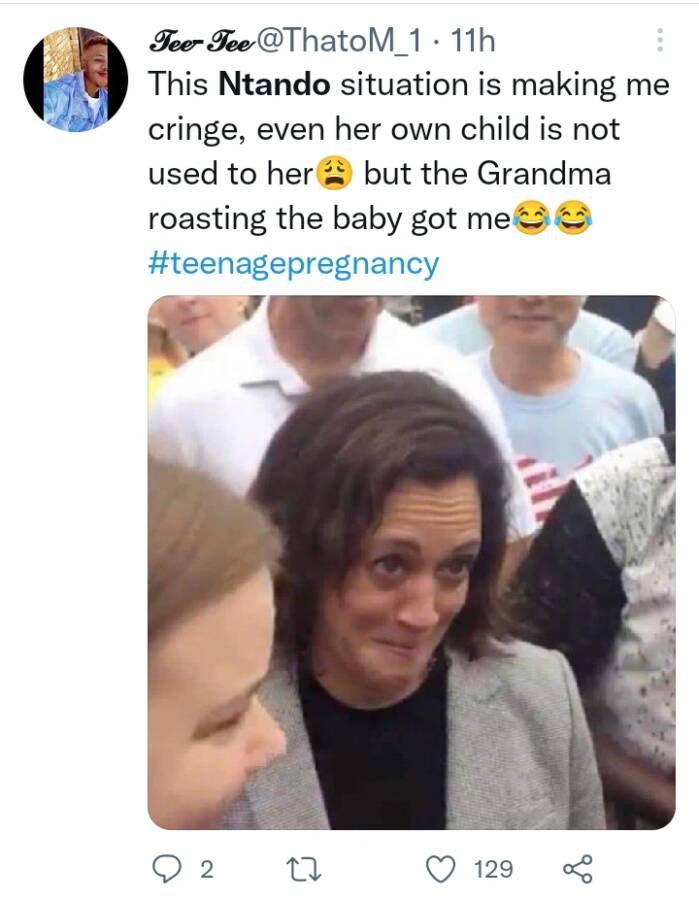 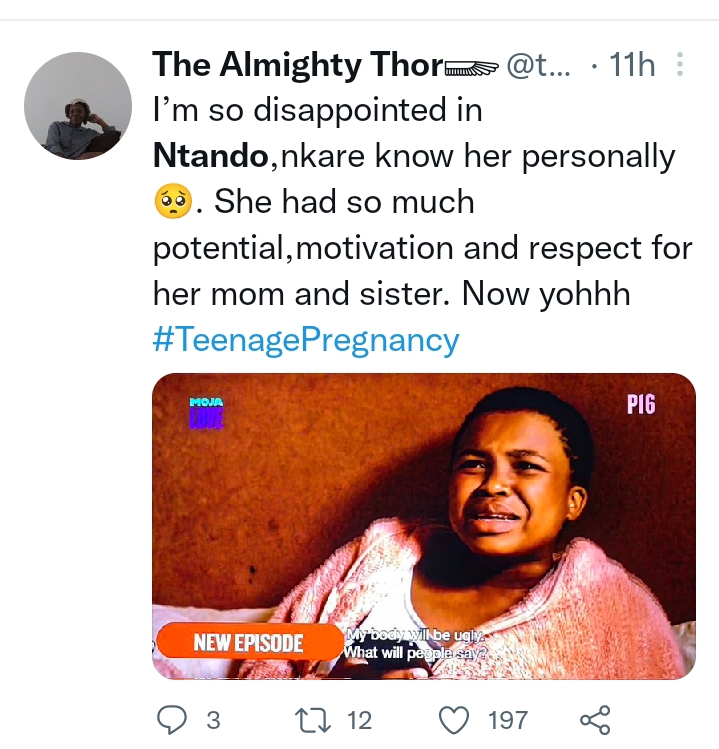 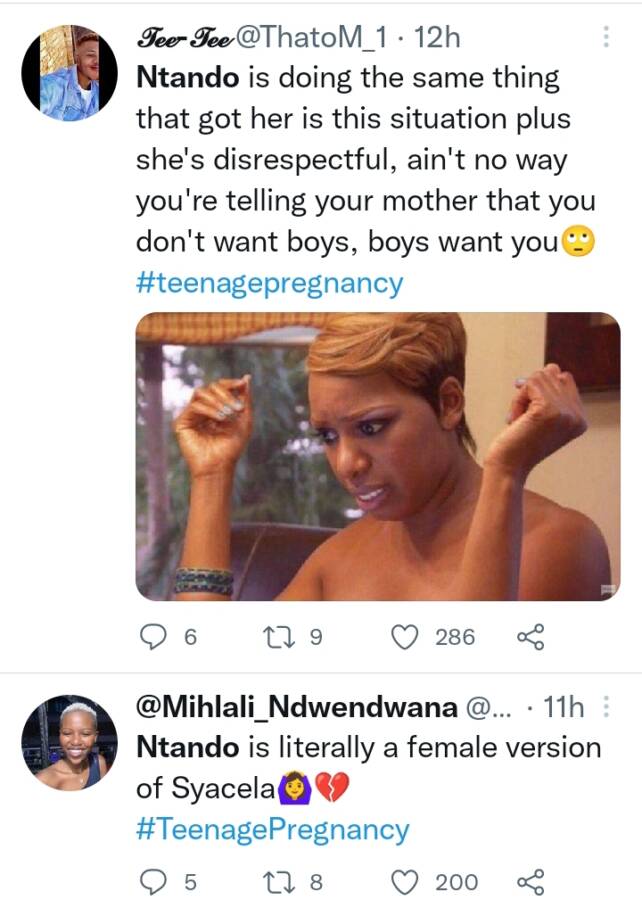 Teenage Pregnancy is nothing novel. It’s a problem in many countries around the world. To Moja Love’s credit, they think the issue important enough to interrogate it in a docuseries.

Tags
Ntando Teenage Pregnancy
John Israel A Send an email 13 April 2022
Back to top button
Close
We use cookies on our website to give you the most relevant experience by remembering your preferences and repeat visits. By clicking “Accept All”, you consent to the use of ALL the cookies. However, you may visit "Cookie Settings" to provide a controlled consent.
Cookie SettingsAccept All
Manage Privacy