The two albums are “Heartbreak Hotel” and “Young 2”. The young rapper made this announcement on his Twitter Handle at the close of June 2020.

In his announcement, the Outcast hitmaker mentioned a few rappers that have made an imprint in the two in one Album. He also made it clear that one of the albums is RNB and the other is Hip hop. Some of the artists featured in the LP include rap legend Kwesta who got featured in a track titled HighSchool, (from the Young 2 Album). 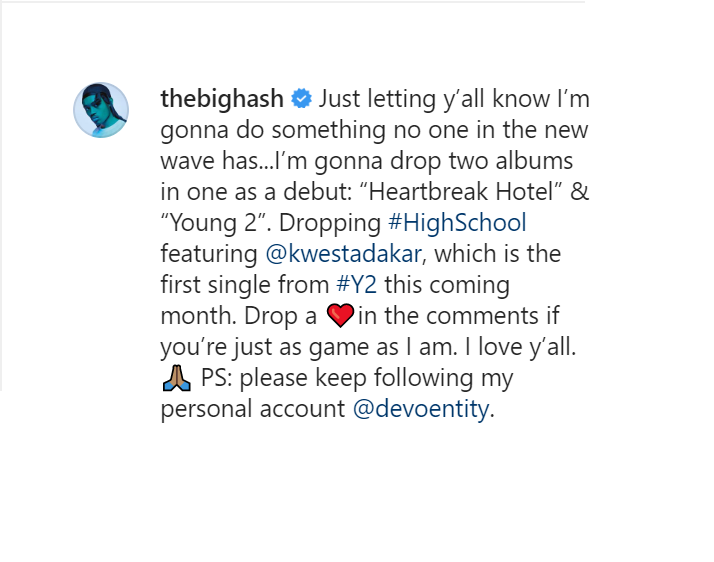 Big Hash being prolific in Hip Hop, Trap, Pop, and R&B, you can expect that his upcoming album will be an amalgam of all these genres.  This July, the singer will be dropping the full version of Highschool with the help of Kwesta. Initially, the rapper had leaked a teaser of the banger on Twitter just to keep his fans eager.

Other notable songs from Hash in 2020 include Amnesia and Built To Win. In the past, the 18-year old rapper has worked with top South African rappers such as A-Reece and Riky Rick. He has also worked with the renowned Hip hop producer, 808x for a number of his songs.