Canadian singer Justin Bieber was among a couple of guests that attended Kendall Jenner’s 818 Tequila party on Friday.

He had Hailey, his wife, in tow, and the two of them had a wonderful time alongside other guests, including John Terzian and Zack Bia.

The two have been bonding every opportunity they get, and, of course, fans have been taking notice a d commenting on the race.

Not long ago, it had been reported that the “Baby” singer was anxious to have a child but that Hailey wasn’t ready for a baby just yet as she was more interested in advancing her career.

At the moment, it appears like the discussion has swerved to something else, with the couple luxuriating in each other’s company and, according to their fans, giving others couple goals.

In one of their most recent snaps, the “F*ck Love” singer could be seen sitting among other guests in what appears to be an event, while Hailey sat comfortably on his lap. The picture had many fans applauding. And the Canadian found himself on the trending list. 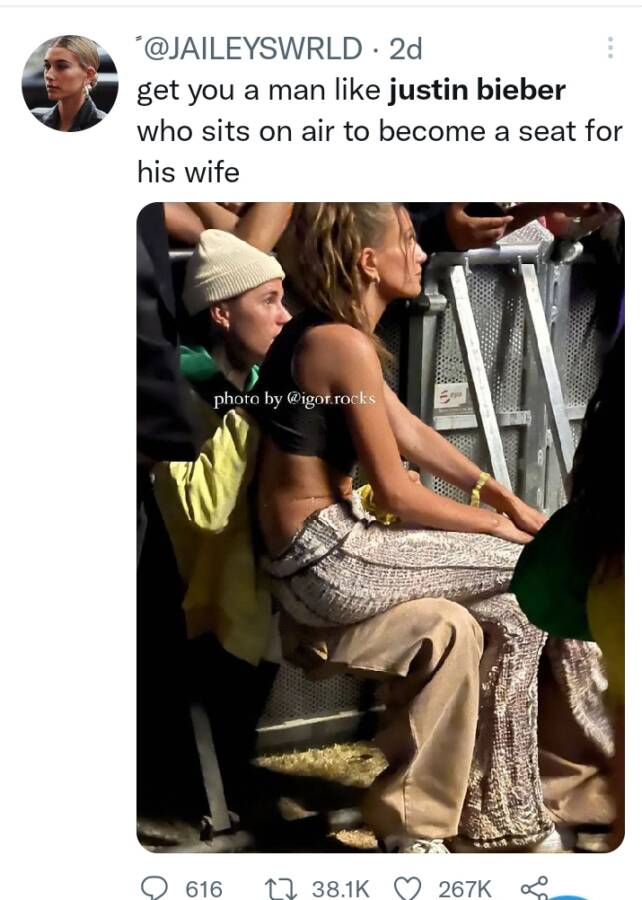 Raised by a single mother, Justin Bieber has become one of the most important voices in global pop. Interestingly, at some point, his mother was under pressure to abort him.

Tags
Canada Justin Bieber
John Israel A Send an email 20 April 2022
Back to top button
Close
We use cookies on our website to give you the most relevant experience by remembering your preferences and repeat visits. By clicking “Accept All”, you consent to the use of ALL the cookies. However, you may visit "Cookie Settings" to provide a controlled consent.
Cookie SettingsAccept All
Manage Privacy