South Africa’s media personality Tbo Touch is trending on Twitter as he returns to Metro FM to anchor a show dubbed The Touchdown – an obvious play on his adopted stage name. Fans love it anyway.

The radio ace was previously part of the station but left years ago. Of course, he had already created a great impression as a radio presenter and had such a loyal fan base that it was only a matter of time before he was dragged back to that turf. His return to radio was even celebrated by EFF leader Julius Malema, who likened him to a legend that cannot be stopped.

When he was away from Metro FM, he’d pursued several personal initiatives and even linked up with DJ Fresh, DJ Euphonik, and DJ Sbu to found a radio station called Fired FM.

The friends had adopted the name because they were all fired from their presenting jobs at different stations. 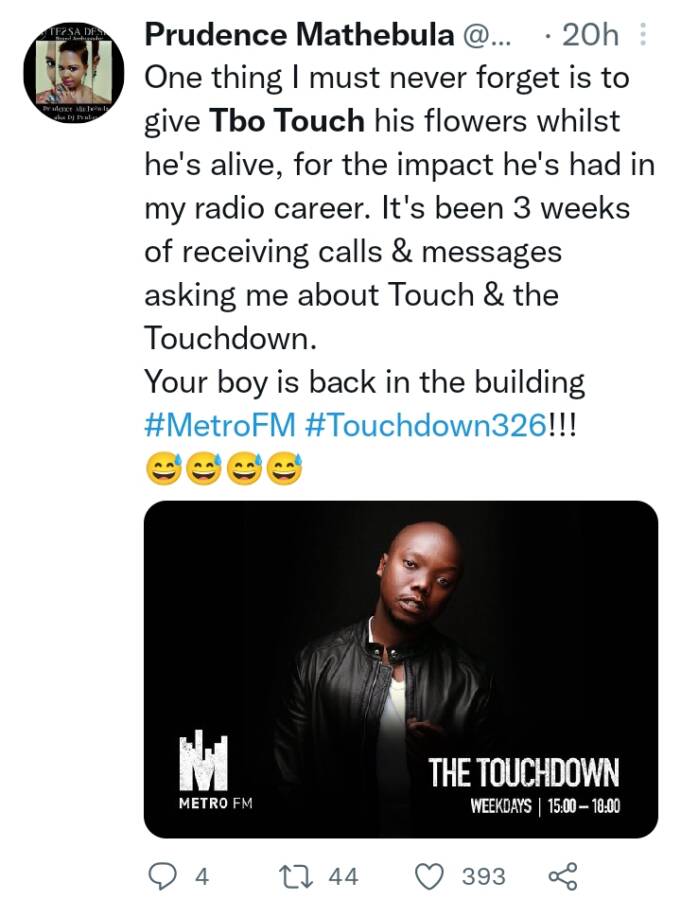 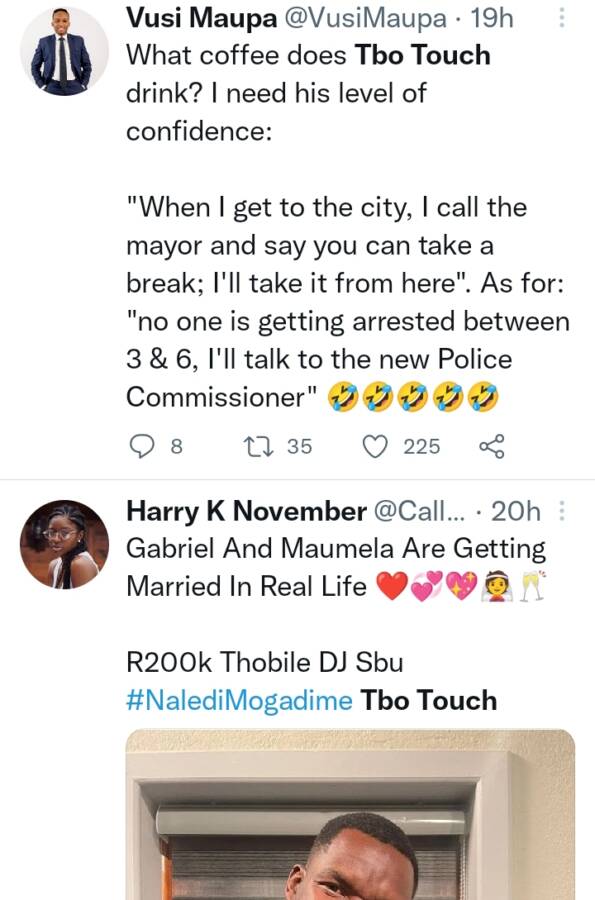 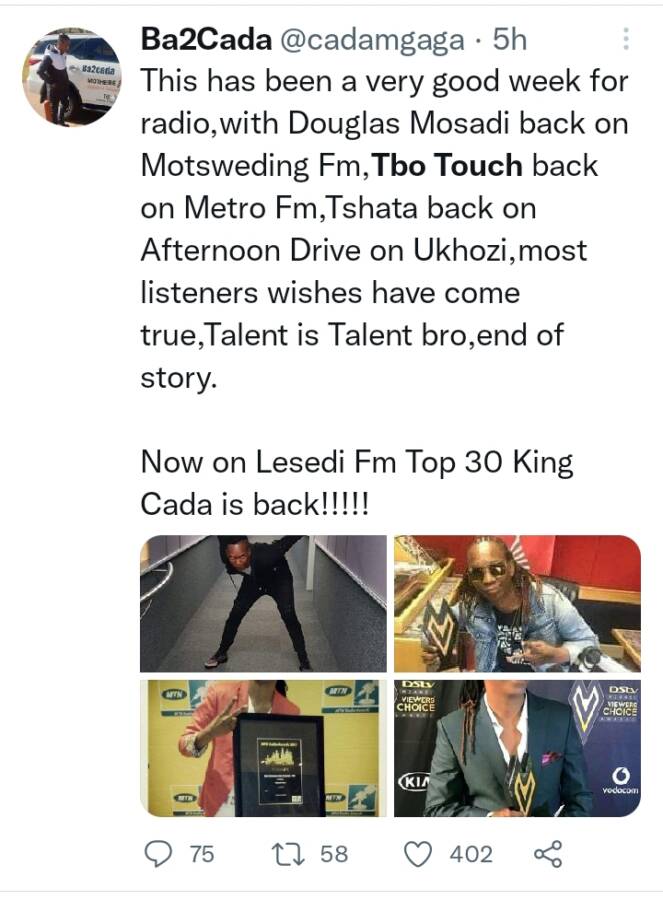 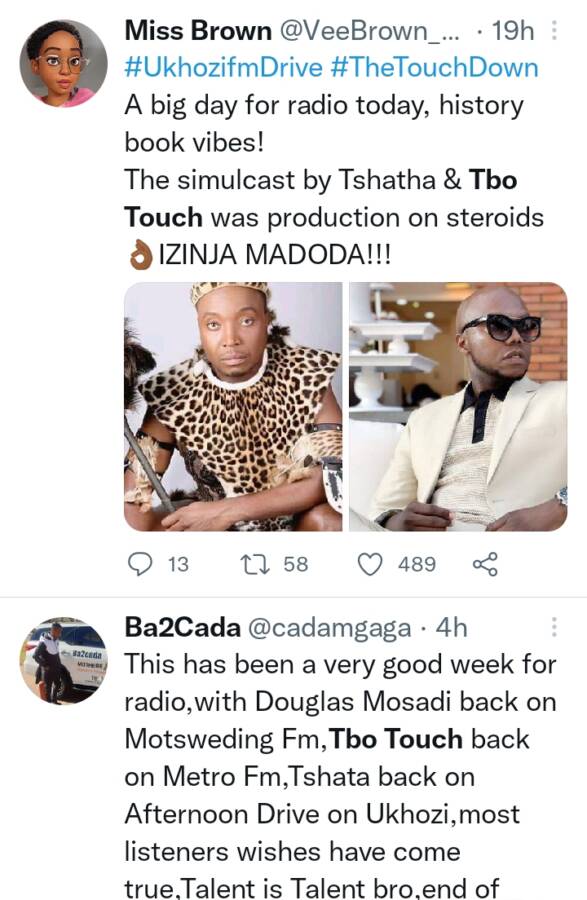 Tags
Tbo Touch
John Israel A Send an email 2 April 2022
Back to top button
Close
We use cookies on our website to give you the most relevant experience by remembering your preferences and repeat visits. By clicking “Accept All”, you consent to the use of ALL the cookies. However, you may visit "Cookie Settings" to provide a controlled consent.
Cookie SettingsAccept All
Manage Privacy