Fans are excited for Mzansi DJ, TNS’ upcoming song. Since he revealed it to be named after popular controversial Mzansi star, Zodwa Wabantu, everyone has wanted to hear it. New info proves that we are only a month and a few days away from doing that.

The Mzansi star previously shared the Cover art for the song which features him, Zodwa and the song’s contributors, Luqua, Danger & Peela. Taking to social media on Tuesday, August 11, he revealed the official release date for the song to be on September 16.

The song is said to be off his upcoming Double-Disc album titled “Phupholethu: Abantu Last Hope”. The album is scheduled to drop sometime this year although a release date is yet to be announced for it. We surely can’t wait to hear the new “Zodwa Wabantu” song. 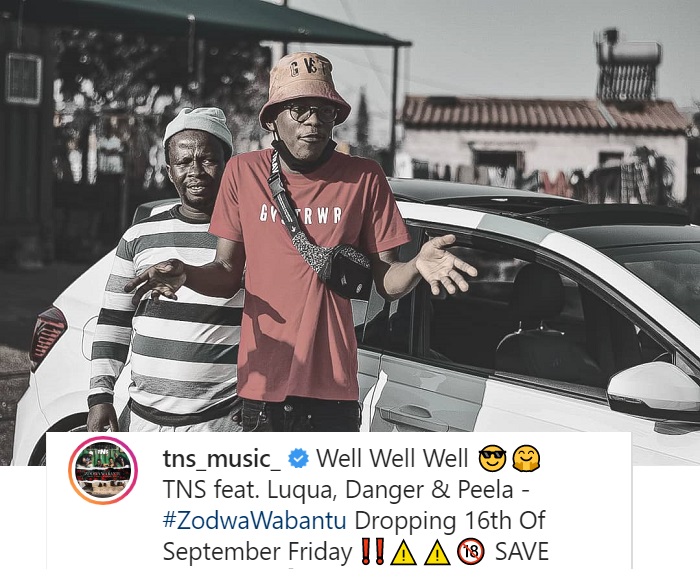