The musician Toya Delazy is incredibly excited right now, having reached a milestone in her relationship with her girlfriend Alisson. Both are now engaged.

Toya Delazy had announced her engagement with Alisson in a recent post to Instagram, thanking the universe for blessing her with Allison. She insisted she’ll always be Allison’s.

There are no talks yet on when the two might get married. But then having announced their engagement, they have taken their relationship to another level after ten years together. 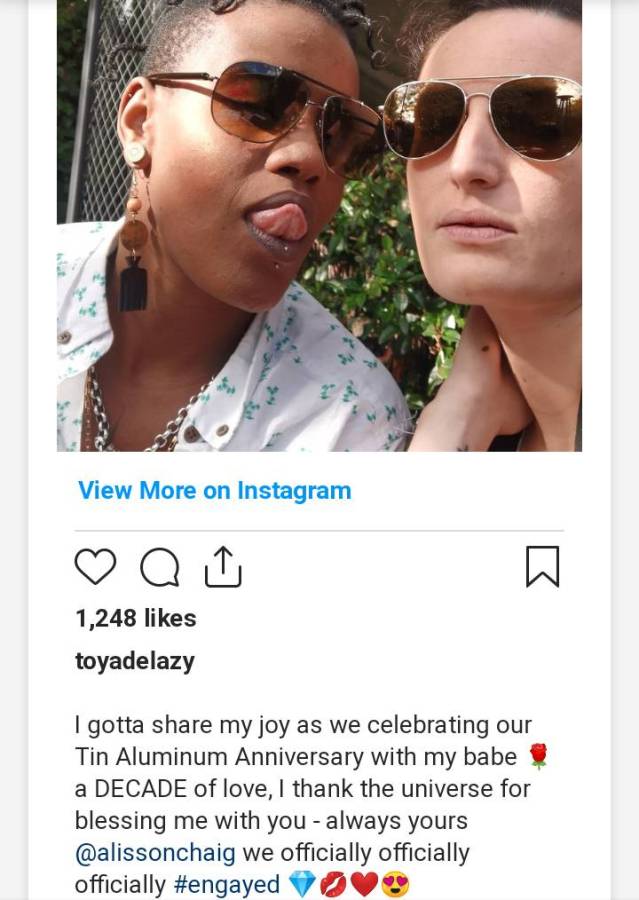 Toya Delazy and Allison are few of South Africa’s publicly gay couples. And, as some of their fans would say, they have been giving couple goal to even heterosexuals.

Previously, hays and lesbians were treated with contempt and discriminated against. Now their rights are protected, encouraging those who are “different” to admit their difference with pride.

It took ten years before Toya Delazy and Allison got engaged. It remains to be seen how long they would take to finally tie the knot and become Mrs and Mrs. Or if they’d end up with new partners.

Whatever happens, we’ll be here to share the details with you. For now, of course, we can only say congratulations to the two.