South African actress and filmmaker Connie Ferguson has been dragged by a troll who urged her to stick to film while dismissing her body care line as unnecessary.

The troll had also asked rappers who have alcohol and perfume brands to ditch those and stick to making music.

Twitter user @tshepiso_iv went on a Twitter rant on February 1, lamenting that Mzansi celebs just wanna do everything. He asked rappers to stick to that field and not pop everywhere with their alcohol and perfume brands.

Continuing, he noted that Connie already has one of the biggest film production companies in South Africa and should stick to those. 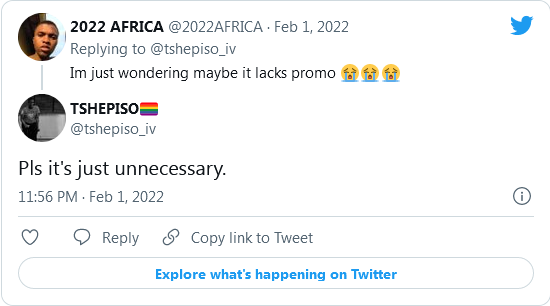 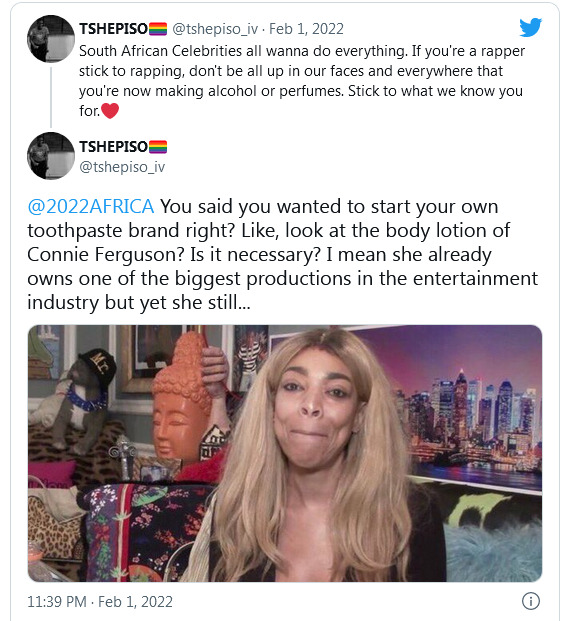 Last we checked, Connie hasn’t responded to the troll. And we doubt she will. Of course, people delve into things not because they are the best at doing things but because they love what they do and they want to create value while at the same time building their net worth.

As some peeps have joked online, it’s unlikely that @tshepiso_iv has just one source of income. Anyway, for the Twitter user, at least he’s made his opinion known.

By the way, Connie Ferguson lost her husband Shona in July last year. She’s been remembering him in her posts since then.

Tags
Connie Ferguson
John Israel A Send an email 3 February 2022
Back to top button
Close
We use cookies on our website to give you the most relevant experience by remembering your preferences and repeat visits. By clicking “Accept All”, you consent to the use of ALL the cookies. However, you may visit "Cookie Settings" to provide a controlled consent.
Cookie SettingsAccept All
Manage Privacy