Whoever said money can’t buy happiness probably didn’t know the right thing to buy. We are sure Mzansi artist, Tshego is feeling different with a brand new whip sitting in his garage. If we were him, we would be.

The “No Ties” hit maker previously revealed on social media that he was depressed. The tweet prompted a lot of response from both his fans and celebs who sympathised with him and offered advice on what he should do. It seems he finally found a way to make himself really happy.

The Mzansi star recently took to his Instagram stories to show off a new whip he acquired. It’s a brand new Lamborghini Urus reportedly worth R3,495,000 according to SAHipHopMag. That new acquisition is enough to make a man smile for months. Hopefully, it does the same for him. 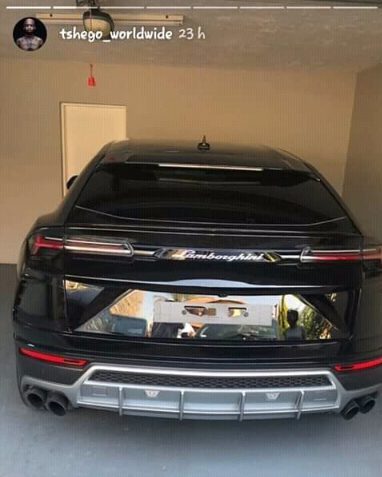