Cassper Nyovest moved to tears while watching Tsholo Matshaba’s performance in The River.

Anyone who knows Mzansi rapper, Cassper Nyovest knows he’s a fan of good performances in both music and film. He constantly shares his honest opinions on social media which we have all gotten used to.

Watching the recent episode of the telenovela “The River”, Cassper was so moved by Tsholo Matshaba’s performance that he shared his thoughts about it on Twitter. Tsholo, playing the character Kedibone gave a moving speech about standing up to Mzansi’s inadequate healthcare system at the memorial service of another character, Ntsizwa.

A stunned Mufasa revealed that he was so moved by it that he was in tears. Also reacting to the scene, Tsholo revealed that it was shot twice, and that she was trembling at the end of both shoots. She also opened up about the injustices in the country that inspired the performance. 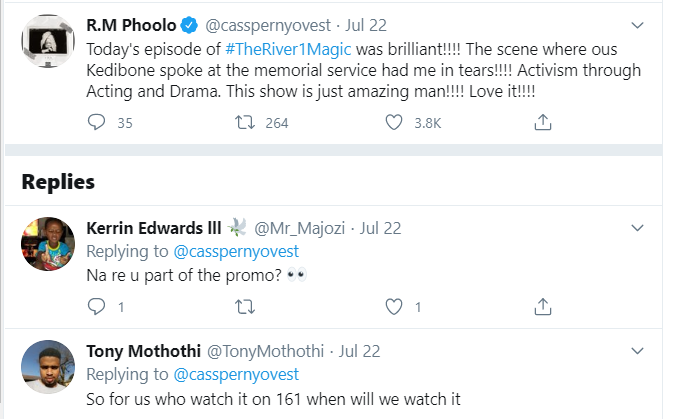