Amapiano artists Focalistic and DBN Gogo are dating. If you’re surprised or even shocked by that revelation, you’re not alone.

The revelation took Mzansi by surprise, and the couple has been a subject of debate since.

The revelation started on Valentine’s day – February 14 – which isn’t even surprising. In a tweet, DBN Gogo had shared a clip of herself and Foca, as well as the gift she got from him, indicating they were dating.

Another fan joked that DBN Gogo is surrounded by presidents. You can check out some reactions from the musicians’ fans below. 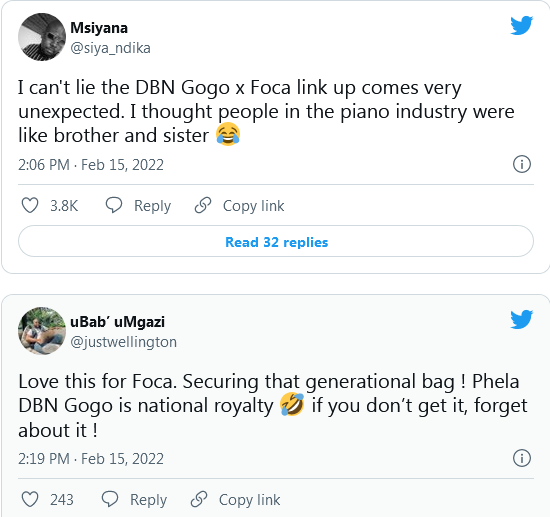 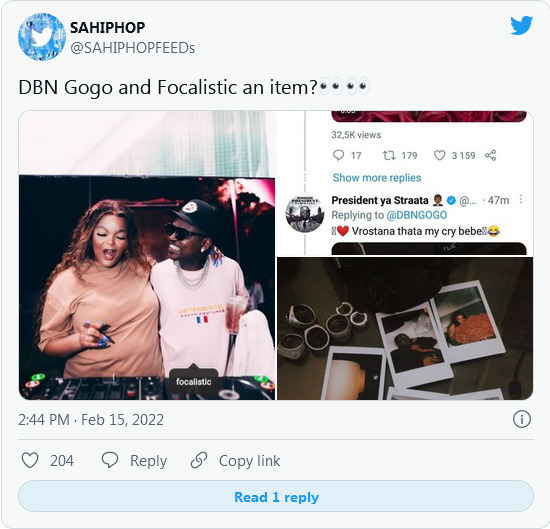 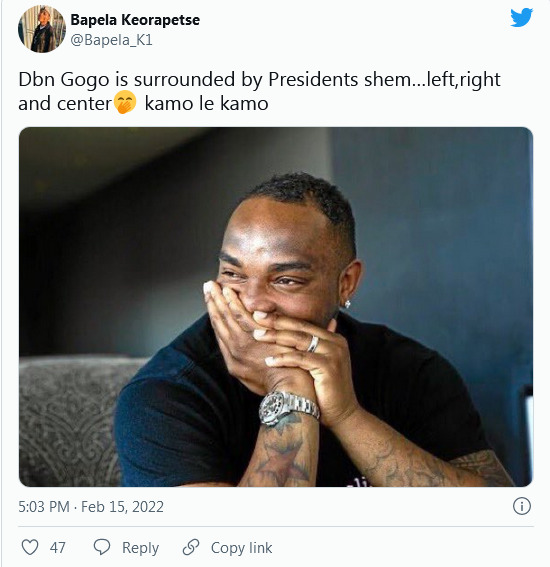 Anyway, as a fan had noted, the Valentine’s Day clip from DBN Gogo was beautiful and the songstress the day for revealing her lover was just auspicious.

By the way, in case you missed it, Foca recently hit the studio with Lady Du, Pabi Cooper and others. But it has not been determined what they worked on and when they would be releasing it. Stay tuned.

While DBN Gogo is happy to announce her relationship, another celeb, Minnie Dlamini, has announced her divorce.

Tags
DBN Gogo Focalistic
John Israel A Send an email 16 February 2022
Back to top button
Close
We use cookies on our website to give you the most relevant experience by remembering your preferences and repeat visits. By clicking “Accept All”, you consent to the use of ALL the cookies. However, you may visit "Cookie Settings" to provide a controlled consent.
Cookie SettingsAccept All
Manage Privacy