Is YouTuber Mihlali Ndamase pregnant? Not only do some fans think so, but they also assume she’s gearing to make a formal announcement of her pregnancy.

Rumors of a possible pregnancy started flying after the beauty vlogger shared a clip as well as a couple of pictures on Valentine’s Day.

In the Valentine’s Day shoot, she could be standing close to a window, draped in a floor-hugging dress, one of her hands on her thigh. In a follow-up post, on Twitter, she had shared that she should her rubbed her tummy to give a pregnancy shock to her fans.

fans jumped in her comments near-instant. One fan noted that every reel from her now appears like a pregnancy reveal, adding the beauty influencer looked good in the reel she shared.

Another fan joked that the world would have stopped if she had rubbed her tummy in the clip she shared. 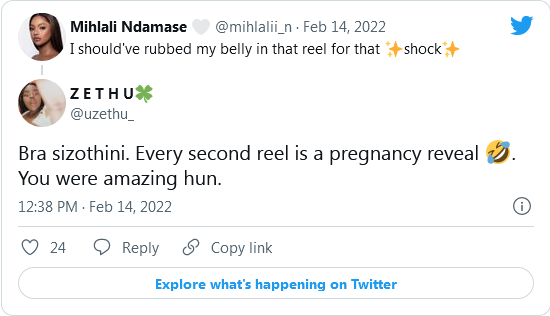 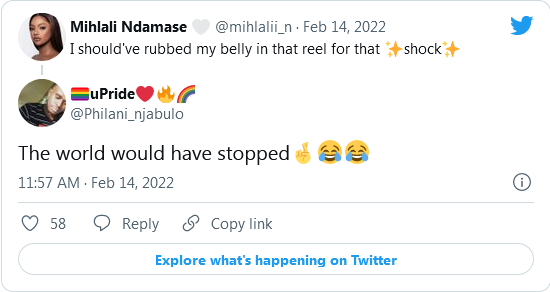 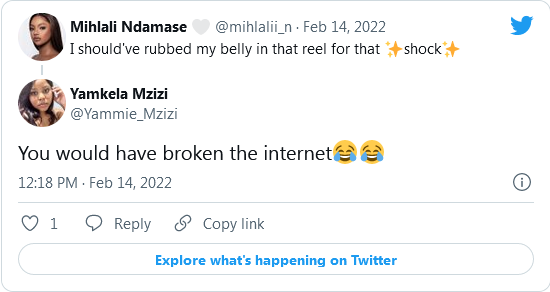 For those who have been hoping for a pregnancy announcement, y’all may want to keep your hope alive. Mihlali Ndamase had previously revealed her interest in getting pregnant. Maybe she hasn’t found the right man yet.

Until then. Y’all gotta keep your eyes peeled. We’ll bring y’all more details as they drop.

Tags
Mihlali Ndamase
John Israel A Send an email 16 February 2022
Back to top button
Close
We use cookies on our website to give you the most relevant experience by remembering your preferences and repeat visits. By clicking “Accept All”, you consent to the use of ALL the cookies. However, you may visit "Cookie Settings" to provide a controlled consent.
Cookie SettingsAccept All
Manage Privacy