The current episode of The Wife Showmax has got viewers salivating. Although Thando Thabethe is not part of the current cast, somehow, she’s trending because of the telenovela.

The Wife had a sex scene that many viewers say reminds them of another sex scene involving Thando Thabethe and Lungile Radu in the flick  Love Lives Here.

The Sex Scene in #TheWifeShowmax reminds me of this scene by Thando Thabethe and Lungi Radu.. pic.twitter.com/kpKpJWHAye

First it was Nkosana on the The Wife now it's Thando Thabethe are they doing it for real? pic.twitter.com/UHCUROtrTR

And while some fans have applauded the actors of the sex scene in The Wife  fo the courage to so so, others have lashed out at them, wondering why eer they would do it.

Some even brought Thando Thabethe’s boyfriend into the mix, noting he’s pretty strong and shameless to be dating a woman who would have sex on television for the world to see.

Some of Thando Thabethe’s fans are adamant it was just acting and that sex never took place in the scene. But her critics are mostly unconvinced, with some of them citing that Lungile Radu removed her panties during the exercise. 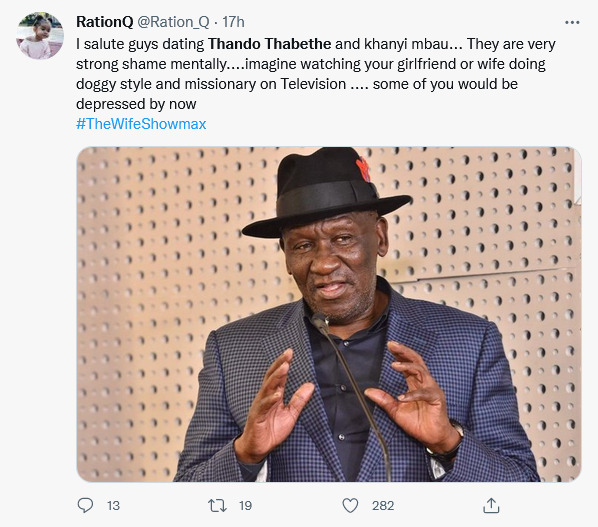 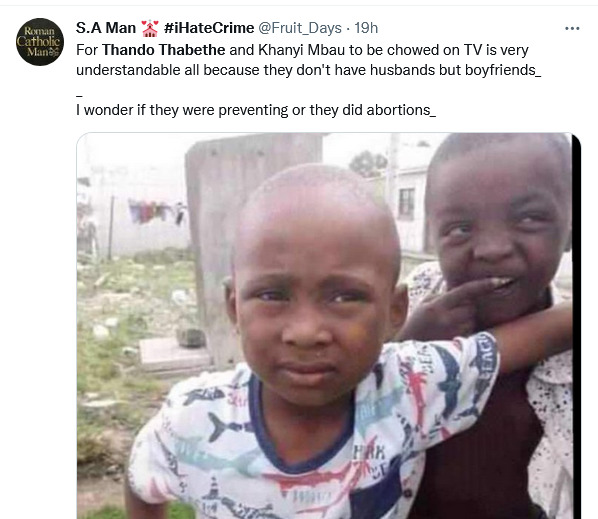 By the way, in th world of acting, sex scenes are notjing novel. But not all actors are courageous to take of the roles involving sex. In the cae of Thando Thabethe, though, some have explained it away as the result of a lack of a husband.

Tags
Thando Thabethe
John Israel A Send an email 11 March 2022
Back to top button
Close
We use cookies on our website to give you the most relevant experience by remembering your preferences and repeat visits. By clicking “Accept All”, you consent to the use of ALL the cookies. However, you may visit "Cookie Settings" to provide a controlled consent.
Cookie SettingsAccept All
Manage Privacy