Check out this video of Vusi Nova performing his new song “Ever Since”.

There are so many reasons to love Vusi Nova, and it isn’t just because he’s a beautiful singer. The talented muso was one of last year’s hardest working acts. He delivered the impressive song “Yibanathi” and featured bestie, Somizi on “Ntandane”.

It also hasn’t been long since they both filmed the music video for “Ntandane”. Vusi also recently showed off a new guitar ring he was gifted. It is definitely his year, and he’s already owning it. The talented Vocalist has shared a video of himself performing his new song “Ever Since”.

Of course, it is just the most beautiful thing. His voice is impressive as always, and the emotion is on point. In the captions, he revealed that his album will be dropping on January 29th, 2021. Now, that is something to look forward to. Check the performance video out below. 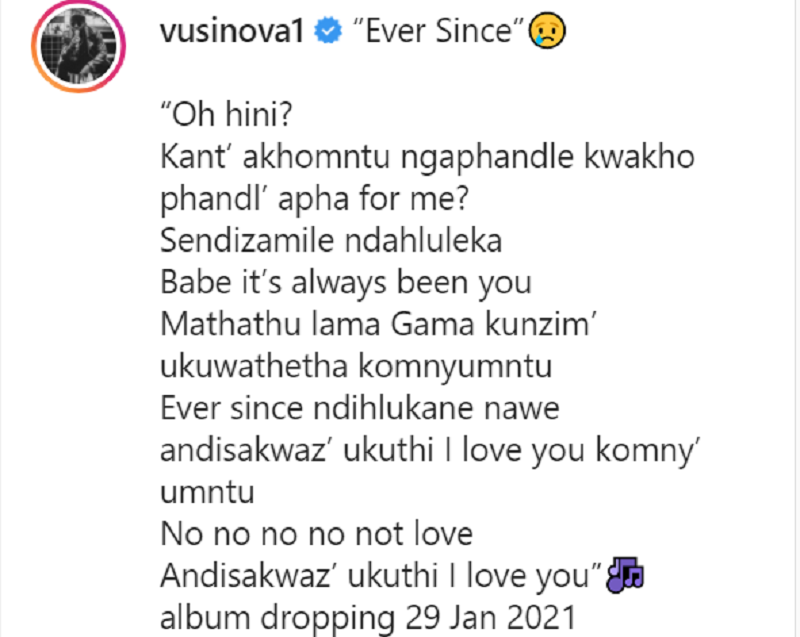 Tags
Vusi Nova
John Jabulani Send an email 11 January 2021
Back to top button
Close
We use cookies on our website to give you the most relevant experience by remembering your preferences and repeat visits. By clicking “Accept All”, you consent to the use of ALL the cookies. However, you may visit "Cookie Settings" to provide a controlled consent.
Cookie SettingsAccept All
Manage Privacy