It appears like there’s a serious fissure in the relationship between Mr JazziQ and his pal Josiah De Disciple, who were once a band called JazziDisciples.

The pair had split last year, electing to pursue solo careers. At the time of their split, they had supported each other on social media, sharing each other’s project.

Fans appeared may have created unnecessary rivalry between both when they began comparing the two as solo artistes, debating who between them is the better artiste.  Team JazziQ would not give ground, and neither would team Josiah.

Some fans think, however, that the two artistes are just great together and should reconnect as a group. A Twitter user who goes by the handle @Girl_Kaybee shared on the platform a clip the pair had worked on previously, stating that Josiah and Mr JazziQ had created magic and should get back together.

Josiah saw the tweet and swiftly responded that he was the one who created it, implying it was never a joint work although Mr JazziQ’s name appeared on it as well. You can check out the tweet below. 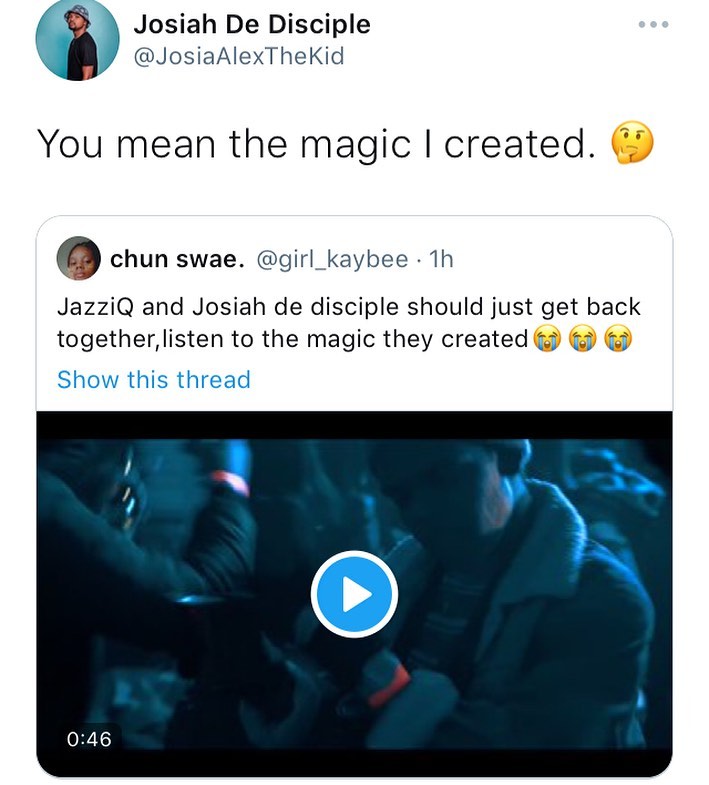 Mr JazziQ apparently saw his former band mate’s tweet and made it clear, albeit indirectly, that Josiah just wanted to take him down. See his post below. 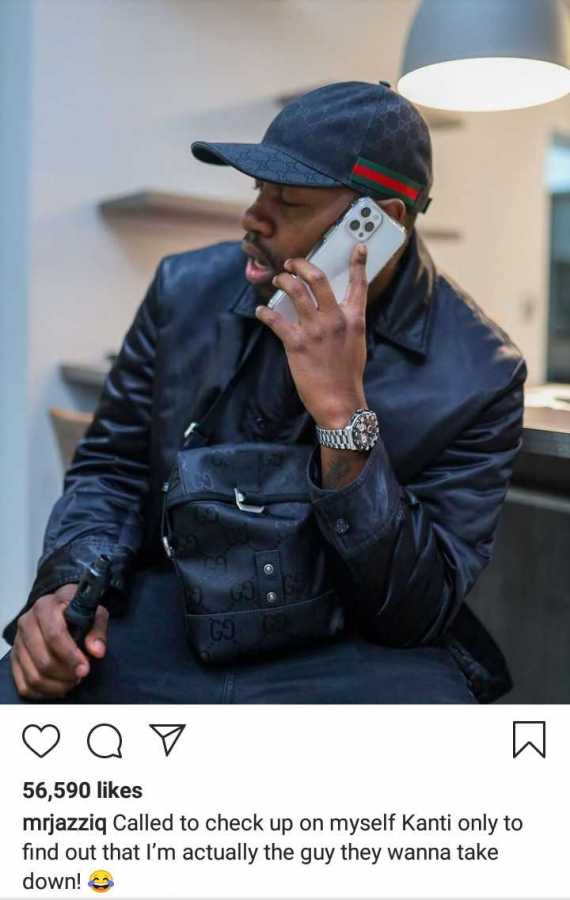