Xzibit voices his respect for longtime friend, Dr Dre amidst his divorce battle with Nicole Young.

It is always sad to see marriages of many years end in messy ways. That’s the story with Dr Dre and his ex-wife, Nicole Young who filed for divorce two months ago. While the divorce drama Heats up, Xzibit is showing allegiance to Dre who he has an amazing friendship with.

In a post made to his Instagram page over the weekend, X voiced his respect for Dre and credited him for the success of his career. He revealed that he “will always have the utmost respect for him” saying he has changed many lives and made dynasties.

Reports state that Young is asking for close to 2 million dollars in temporary spousal support, and $5 million for her legal fees. According to sources, Dre is having none of that. They say, he believes her lifestyle has not changed since she filed for divorce.

While the two have been slugging it out in court, people including celebrities have weighed in on it. 50 Cent previously reacted to the report tweeting “how do you even ask for 2 million a month?”. Do let us know what you think about all this. 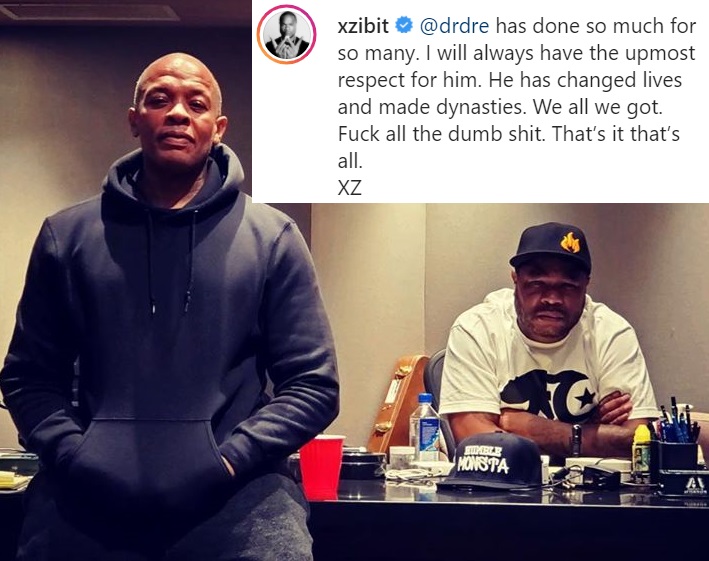