Yanga Chief is set to release a new single titled “Manelo” before the premiere of his “Pop Star” album. The song is part of the 15-track compilation, sitting at the No. 10 spot, just below “Note To Self” and just above “Austin Powers”.

The album will be released on 27 November. But before then, fans will get to savour “Manelo.” Yanga Chie has given this Friday 13 November as the release date of the track.

Apparently “Manelo” is a track with a social message that will resonate with many out there, especially advocates of freedom and the rule of law. 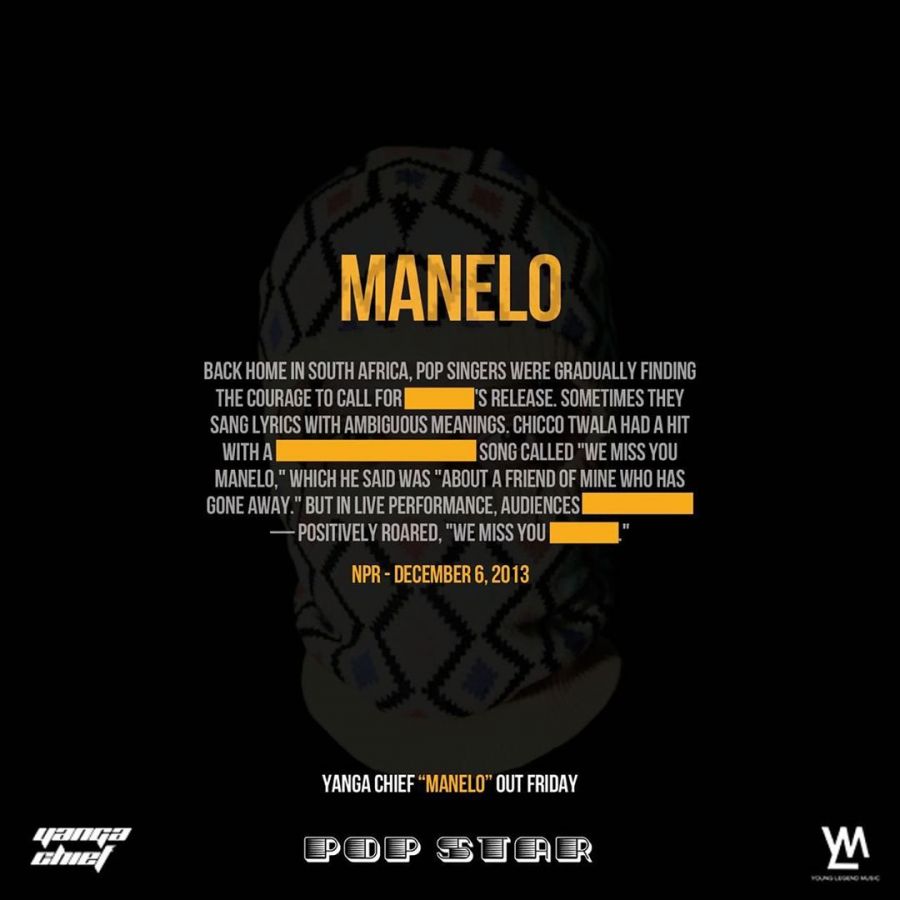 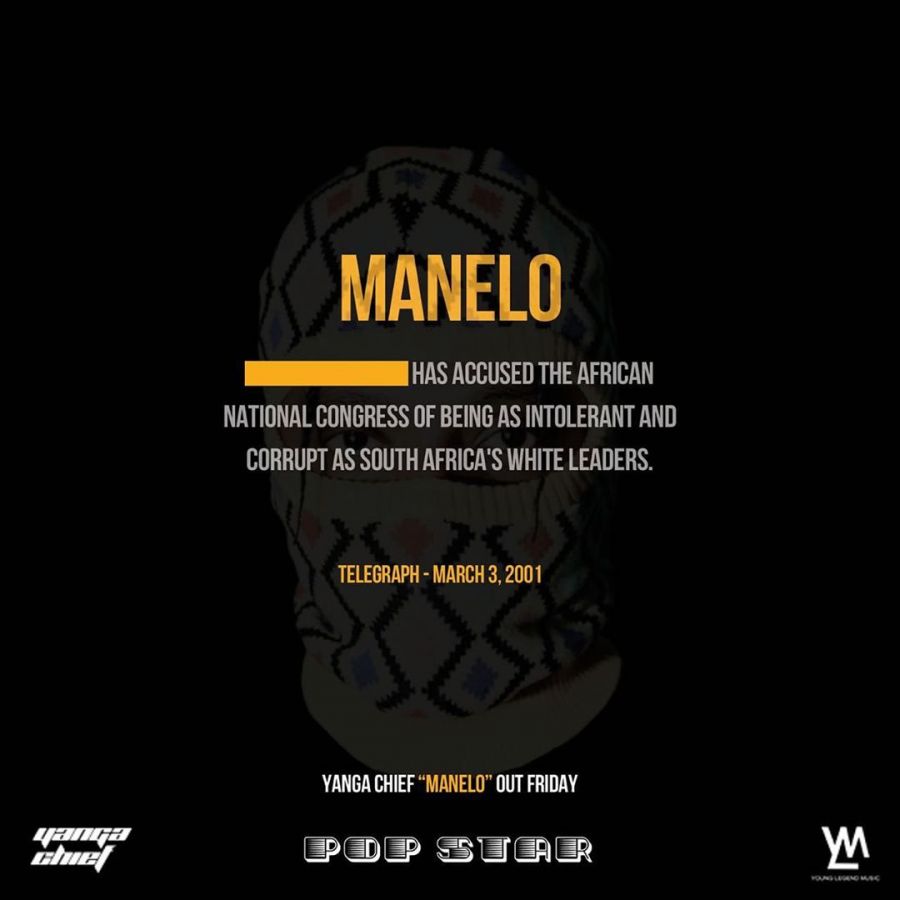 Based on the clues Yanga Chief has shared so far about “Manelo,” it is overwhelming clear the track is about the late anti-apartheid campaigner Nelson Mandela and the clamour for his release.

South Africa might have passed the era of apartheid but memories of the evil regime, which was run at incalculable costs to human life and dignity, remains.

In trying to bring back images of the past, Yanga Chief might be reminding the Rainbow Nation that it cannot run away from what has been but can draw lessons from it and march ahead in development.

Check back on UbeToo for “Manelo,” peeps