It’s that time again when artiste who have contributed massively to the advancement of the arts in Mzansi receive their flowers – a time of great expectations.

Lebo Mathosa, Yvonne Chaka Chaka and other notable musos have been marked for honour in the upcoming South Africa Popular Music Awards (SAPMA). 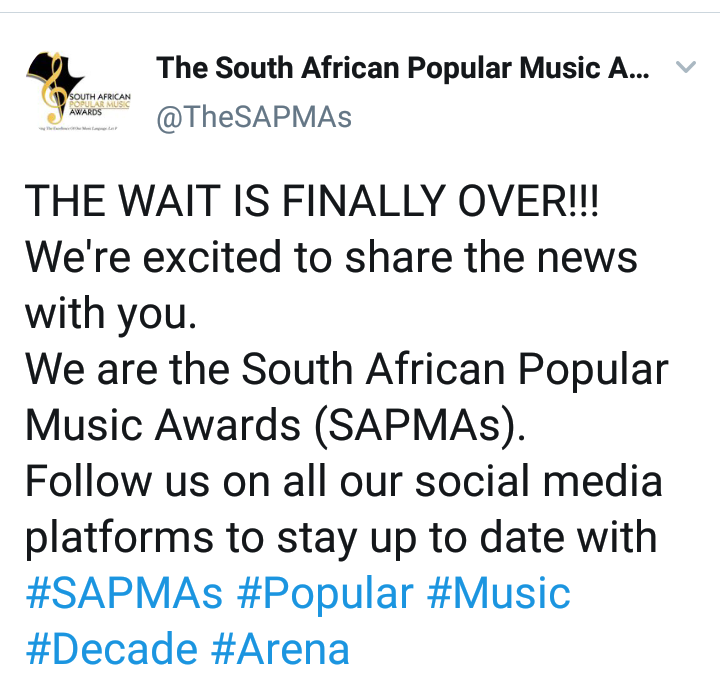 The SAPMA celebrates black excellence and honours those who have made great impact in the entertainment scene and in the arts.

Organizers of the event have revealed that there would be two award events this year. The first will  be on 24 July and the second will be on 31 July.

The first event has been dubbed Night of Legends Gala Dinner. The category winners will not be announced until the second event, which will hold at the Sun Arena in Pretoria.

Well, are you looking forward to the award ceremonies? Who are your favourites to win at the SAPMA? You might want to stream the song below and join the conversation by dropping your thoughts in the comment section below. Way to go!