There’s nothing more beautiful than the news of a newborn. Popular author, Zoleka Mandela has welcomed her sixth child, and she’s excited. She has also insisted that this will be her last child. Well, we will keep our fingers crossed on that part.

Zoleka stunned her followers when she announced that she was pregnant. They all could not believe it because her tummy was flat the day before the announcement. Explaining it, she revealed that it was all about the angles she took photos.

Last December, Zoleka revealed that she had thought she had food poisoning but found out that she was pregnant. She said, “Dear Diary, so like, I thought I had food poisoning, turns out I was pregnant with my 6th child. New hashtag loading,” Fans and fellow celebs have congratulated her on her newest addition—shout-out to the new mom. 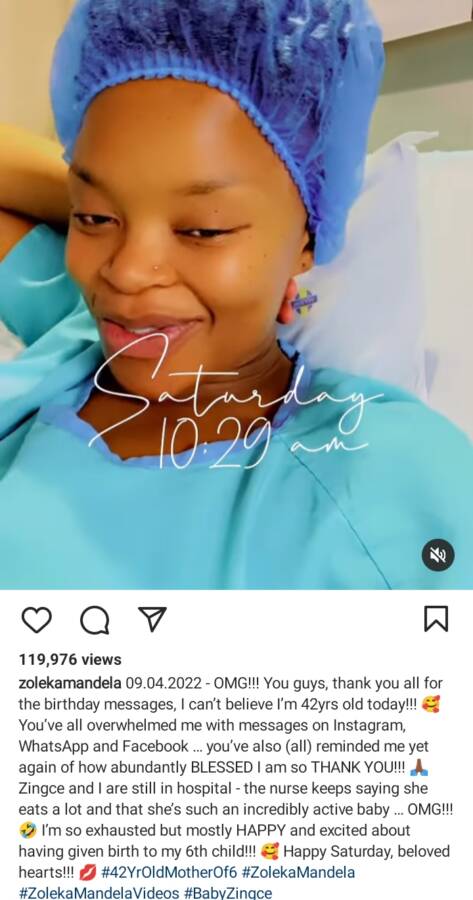 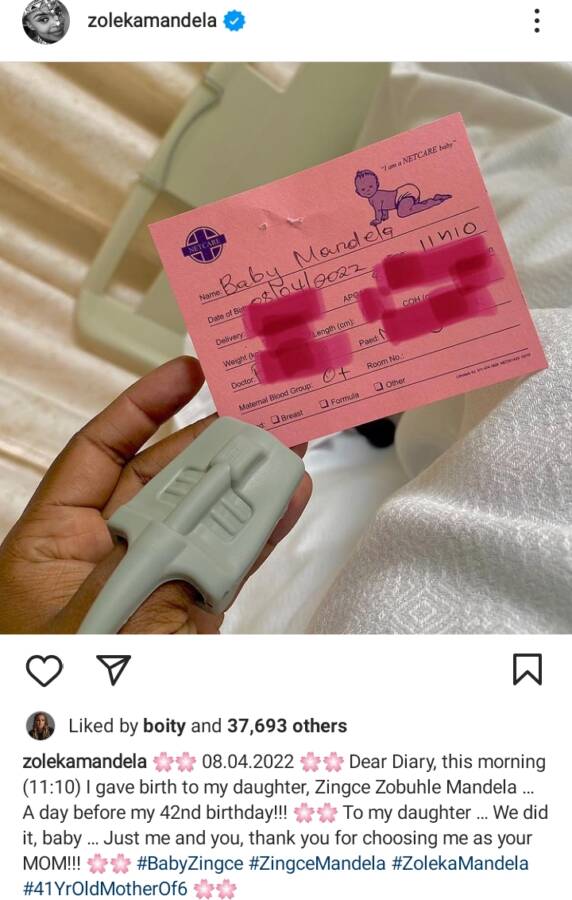 Tags
Zoleka Mandela
John Jabulani Send an email 12 April 2022
Back to top button
Close
We use cookies on our website to give you the most relevant experience by remembering your preferences and repeat visits. By clicking “Accept All”, you consent to the use of ALL the cookies. However, you may visit "Cookie Settings" to provide a controlled consent.
Cookie SettingsAccept All
Manage Privacy